What Is 'Grit' and Why Do Employers Want You to Have It? 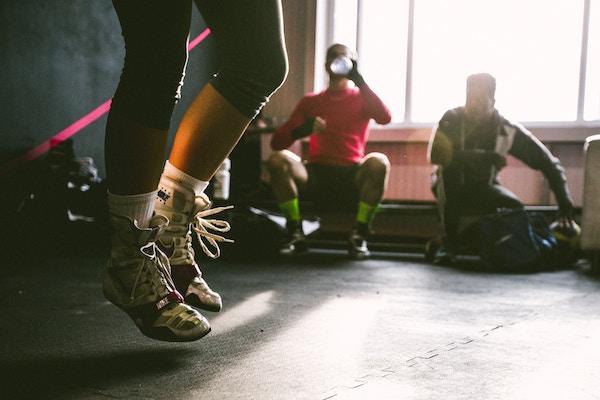 Every year, Vault surveys thousands of investment banking professionals, asking them to tell us about life at their firms. We ask about culture, compensation, hours, training, and many more areas, including the hiring process. With respect to the hiring process, we ask professionals which traits an ideal job candidate needs to have to get hired. In the past, and again this year, banking professionals told us that the following traits are highly important (and, in some cases, required): a strong work ethic, team-playing ability, strong communication skills, strong technical skills, superior intellect, excellent problem-solving skills, and the ability to adapt to different situations.

In addition to these, this year, numerous professionals from various top investment banks also told us that "grit" is required. Which we hadn't heard professionals mention in the past. And so, we thought, is the requirement of "grit" a thing? And, if so, why?

In our search to discover the answers to these questions, we found that, last year, Angela Duckworth, a MacArthur "genius" grant recipient and Penn professor, published a book entitled Grit: The Power of Passion and Perseverance. Duckworth's book perhaps points to why grit has become so popular and necessary a term at this particular moment in time. The following comes from the New York Times review of Grit.

At the University of Pennsylvania’s Duckworth Lab, grit is gender-neutral. It’s self-control and stick-to-it-iveness. The two big ideas about grit that have made Duckworth famous are first, that it predicts success more reliably than talent or I.Q.; and second, that anyone, man or woman, adult or child, can learn to be gritty.

Grit ... is egalitarian, or at least a less class-based indicator of future accomplishment than aptitude. Measurable intelligence owes something to genetic endowment but also depends heavily on environmental inputs, such as the number of words spoken to a child by her caregivers. The development of grit does not rely quite so much on culturally specific prompts. Moreover, grit appears to be a better engine of social mobility.

If this book were a Power Point presentation, as it surely has been, the best slide would be the two equations that offer a simple proof for why grit trumps talent: Talent × effort = skill. Skill × effort = achievement. In other words, “Effort counts twice.” My grandfather, an immigrant, knew this. He would have called grit Sitzfleisch. (Malcolm Gladwell, in his best-selling “Outliers,” called it the “10,000-hour rule.”) Moreover, you don’t just need Sitzfleisch. You need focused Sitzfleisch. Thirteen-year-old Kerry Close logged more than 3,000 hours of practice to become the National Spelling Bee champion, but that wasn’t the reason she won. Close’s competitive edge came from her fearless approach to practicing. At her tender age, she had the guts to identify and fix her mistakes, over and over again.

To that end, if Duckworth's study (and book) is to be believed, then perhaps standardized tests like the SAT and GMAT (and thus which school you attended) are not very good indicators of success, whereas the ability to persevere and "stick to it" are.

Also in our "grit" research, we came across the latest Times Corner Office column in which Usermind CEO Michael Feaster said, when hiring, "the two things that are most important to me are grit and integrity." We're avid readers of Corner Office, and this was the first time we heard "grit" mentioned by a subject when asked about how he or she hires.

As for how Merriam-Webster defines grit, the dictionary publisher calls it "firmness of mind or spirit : unyielding courage in the face of hardship or danger."

And so, to all the job seekers out there, we recommend doing a couple things since this "grit" requirement does indeed seem to be a thing:

1) Working on your grittiness even if you think you have a lot of it already (this involves finding something that interests you, then practicing, practicing, practicing, then finding purpose and meaning in what you're doing while having hope that things will improve), and 2) The next time you're in an interview, while we don't recommend telling your interviewer you have a "firmness of spirit" or are "unyielding in the face of danger," we do recommend conveying your grittiness with a few examples, such as explaining an extremely difficult obstacle you've faced and how you persevered, stuck it out, and overcame it. You'll get extra credit from your interviewer if, like Kerry Close, the spelling bee champ, you can also show that you have the guts to go head to head with your weaknesses and fix them, or, at least, work on them very diligently.

For more on grit and grittiness, check out Duckworth's excellent Ted Talk on the topic here:

How to Master Effective Storytelling in Interviews

You feel nervous about your career stories, and the fact that you have to tell stories in interviews drives you bananas. You're not sure whether your stories are even any good.

Today, 66 percent of employees are unsatisfied with their jobs. And as it turns out, the unsatisfied have no one but themselves to blame.