Up All Night with a Turkish Pop Star 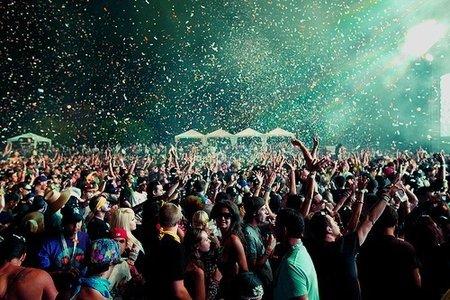 I was up all night with a Turkish pop star, but in the least hot way possible.  We were in an immigration law office together organizing her papers to show to United States Citizenship and Immigration Services.  She was in an utter panic.

“If I don’t get this Visa renewed, I don’t know what I’m gonna do.  I cannot go back to Istanbul.  I just can’t.  That would basically be the end of my career.  I just.  Everything has to be perfect.  If there is one mistake in this packet, and then I get deported… I’ll never forgive myself.”

Because of my OCD, most of my mantras are things like, “Done is better than perfect,” or “Let it be easy,” or “Know when things can be Good Enough.”

The Turkish pop star was harshing my mantra buzz and I was getting paid, after taxes, $12 an hour.

“Well,” I said, “Let’s just focus on getting this done and try not to worry about the future right now.”

“You don’t understand what it’s like to be an artist,” she continued, drilling a hole through my skull with her personality as I hole punched another colorful magazine reprint proclaiming in Turkish something along the lines of, “10 Things Ayla Celik Does For Fun!” and “Ayla Celik, She’s Just Like Us!”* Ayla had personally translated all the Turkish press she’d received and our office had magnified her efforts, giving great detail about the readership of each magazine in terms of numbers and outreach.  The entire package, the size and heft of a textbook, was all toward one end: proving to the US government that Ayla was sufficiently and consistently awesome enough to be deemed, for another precious two years, an “alien of extraordinary ability.”  Artists of all stripes all over the US spend months preparing such packages just to stay in our country and make their art.  Who knew?  I did.

Ayla had broken a sweat now as she fretted over the color on one of the copies, her printed glossy smiling face muted in tone as the fatigued office printer ran low on red for the third time this month.

“Oh God, this looks awful. You’re going to have to go out and get more ink,” she said.

Ayla was 24 to my 28.  I was reminded of A Little Princess when the princess hangs out with that nasty orphan kid and they’re kind of equals and contemporaries except that one is fancy and the other is nasty.  But then it turns out the Little Princesses’ parents are dead and they are both nasty.  I was the nasty one and she the princess, but then again I had American citizenship, didn’t I, without making this stupid packet.  I started feeling incrementally more racist and patriotic as the night wore on.

Ayla sipped her black tea even though it was 10:45 at night.  She tucked her sweaty caffeinated hair behind her ear and continued talking to me as though I was an extension of herself and not a separate person at all, “Look, it’s not like I just expect citizenship here.  I don’t.  I understand why I have to do this.  I should have to prove that I’m worthy of this Visa.  That makes sense to me.  I just hate how detailed you have to be.  It’s so scary.  Like, I have this one friend, who was at Berkley with me,  incredible musician, from Israel.  He failed to translate one review and they slapped him with an RFE and then something went wrong with his lawyer and they missed the deadline and that was it.  His US career was destroyed.  That can’t happen to me.”

Just then the printer, which had been churning out Ayla’s face and testimonials from Americans about how useful and great she was, stuttered to a halt.

By the time I got to CVS I was dizzy with hunger.  I was new to this law office day job and had not yet realized that it was 100% okay to phone it in and that no one would notice when I did.  In the meantime, I kept conflating this administrative job working with artists with actual art itself and would forget to eat.  I got lost in a glycemic haze on the way to the printer paper and wandered instead over to the candy.  What a happy accident.  Snickers Bites!

I had auditioned last week for a commercial for this very snack, newly released to the market and now in my hands.  I find I am more inclined to buy a thing when I’ve auditioned to be in the commercial for it.  When you whisper commercial copy over and over to yourself in the hallway of a casting office, the copy itself becomes a little prayer and you love the product a thousand times more than if you had simply seen the commercial on TV.

I dragged the reams of paper back to Ayla, who was on death’s door back at the office, pouring over the packet that would decide her fate.  Would she be a big fish in the sad little pond of Istanbul, or an itty-bitty sweaty fish here, trying to launch her pop career?  I stared blankly at her, shoveling Snickers Bites into my dry mouth.  The little princess and the orphan or was it, the orphan and the little princess.  Oh wait, plot twist.  Both orphans.  Two New York artists in their twenties, trying to make it in the big city.  Who. Cares.

Anyway, Ayla got her Visa last year and will have to go through all that garbage again in a year.  I won’t be there to help because I quit my day job.  To do other day jobs.

*Ayla Celik is not her actual name.  I created that name using Google magic.

This piece is the second in a series by Emma about day jobs held while pursuing an acting/writing career.

Why the Grass Isn't Always Greener

Like most parents of young children, part of my nightly routine involves a bit of bedtime reading. Recently my children stumbled across a large book of Aesop's fables—the same book my mother read to me when I was young.

Transitioning out of the military and into the civilian workforce marks an extremely important period for those of us who have dedicated ourselves to the service of our country. I know – it’s been nearly two years since my last active duty assignment.

Easy to miss in amongst all of the coverage of the politics and the economics involved: the human stories at the center of it.