How to Become a Creative Director at a Top Ad Agency 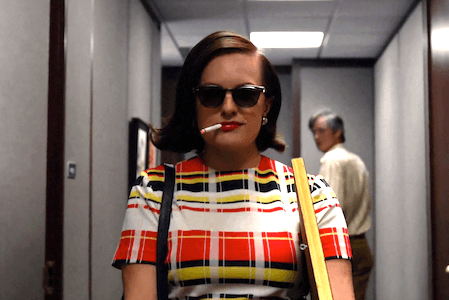 In order to shed some light on the steps you have to take to become a creative director at a top ad agency, the qualities and skills creative directors need to succeed, and the best and worst things about the job, Vault recently spoke with Shawn Gauthier, a Los Angeles-based creative director and copywriter with more than two decades of advertising experience.

VAULT: What did you study in school?

GAUTHIER: I graduated from Emerson College in Boston. I majored in advertising and minored in creative writing. The two choices that most prepared me for a career in advertising, however, were joining my college comedy troupe and spending a semester abroad traveling throughout Europe.

VAULT: What got you interested in advertising, and in being a writer/creative director?

GAUTHIER: Since eighth grade, I knew I wanted to go into advertising. I loved arguing and I loved creative writing. So, even as a 12-year-old I somehow knew that advertising was what I wanted to do.

VAULT: Describe what you do in your job.

GAUTHIER: Simply put, the most essential part of my job is concepting. (Even though my spell check denies that concepting is even a word.) Nonetheless, when a client wants to express X, I figure out the quickest, sharpest, most memorable way to convey X to consumers. Sometimes it’s with headlines. Often, it’s with pictures. After conceiving the idea, I have to present it to the client, convince the client to buy the idea and then bring the idea to life. For a TV ad, this involves writing the script, choosing a director, casting actors, choosing a set, wardrobe, music, and finding an editor. As a creative director, I also manage teams of copywriters and art directors as they conceive concepts.

VAULT: What knowledge and skills are essential for the job?

GAUTHIER: Resilience is probably the most essential trait to survive in advertising. Great work is killed on a daily basis. You need to let work die, get up and start the creative process all over again. Another quality, and one of my favorite words, is “sprachgefuhl,” which means a feel for language. People with sprachgefuhl have a knack for the subtle differences in word meanings and how words best flow together. When people are first starting to write headlines, I find that they often write what feels like a parody of advertising. The smartest writers I know write the way people talk. The best ads don’t feel like ads. They seem like stories or shared morsels of wisdom.

VAULT: What do you like most about the work? What is most challenging?

GAUTHIER: Every good day is filled with the thrill of solving an impossible puzzle. It is incredibly rewarding to craft a headline or write a TV or radio commercial that makes someone laugh (or even nod approvingly). To create something that has never before existed is very fulfilling. And, the six greatest words an advertising creative can hear from fellow creatives is, “I wish I’d thought of that.” The most challenging part of the job is enduring the many, many, many times the ideas that you’ve created will die. Also, consider this: if you work on, say, a car account and you need to express “our car is the best,” it’s staggering to think that for the past 100 years, thousands of creative people all over the world have been working every day on thousands of different cars trying to express the idea that “our car is the best.” Somehow, you have to be the one that does it in a way that no one ever has before. That’s hard.

VAULT: What was the most interesting project you’ve worked on, or what did you work on that you’re most proud of?

GAUTHIER: I’ve worked on everything from cars to moist toilet tissue. I’ve written for hotels, dish soap, beer, coffee, airlines, deodorant, and Pillsbury Toaster Strudel. I find something entirely new and interesting about every project I delve into. For a brief moment, you become an expert on whatever you are focused on so you learn new things about new things every year. Heineken was one of my most interesting clients. It’s illegal to show someone drinking alcohol in a commercial. It’s illegal to use cartoon characters or Santa Claus. You have to talk about drinking without ever, ever implying anything about getting drunk. The limitations are fascinating. And, ultimately, working on Heineken, I wrote my favorite commercial. It featured a priest, a nun, and a rabbi, Satan, a midget, a blind guy, three Polish guys, a blonde, a brunette, and a redhead, and a horse—all walking into a bar. To this day, I feel lucky and ecstatic that I am the one who first thought to do that in a beer commercial.

VAULT: What advice would you give to someone who’s thinking about doing this for a living?

GAUTHIER: Start a collection of ads that blow you away. Aim to create work of the same caliber. Take a class at a portfolio school. Building a solid portfolio is the best way to break in to the ad biz. Share anything else that you think readers would want to know about the job and advertising biz in general. The best way to make money in the business is to create something awesome, get noticed and switch agencies. If you can find an agency that feels like a family, know that that is a very rare and very good thing. And lastly, if you get a job in advertising, know that your mom and your friends will always offer to help you work on projects; and then they will quit trying after about two minutes.

The above was adapted from the new Vault Career Guide to Advertisting.

9 Tips for Breaking Into Advertising

The final episode of the final season of AMC’s Mad Men airs this Sunday night. And if you’ve been watching Matthew Weiner’s masterful series during its seven-season run, you’ve seen, among other things, all of the following: the show’s central ad man Don Draper nailing numerous ad pitches; up and coming ad woman Peggy Olson coming up with numerous ad slogans; slick salesman Pete Campbell expertly schmoozing numerous top clients; and carefree and full bearded art director Stan Rizzo sketching and illustrating (and drinking and smoking) numerous pieces of ad art in the wee hours of the morning.