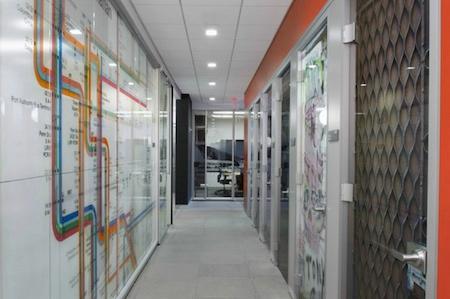 When I mentioned this to a coworker, she joked: So, does that mean I should work on my resume?

Perhaps it does, I replied, and it also means that you better lock-in your lease as fast as you can, because 3,000 more Googlers in Manhattan (and Brooklyn) can only mean one thing (well, two): longer Whole Foods lines and a more competitive housing market.

Already, Google, Facebook, Twitter, and other tech firms have made it nearly unaffordable for anyone making under $100,000 to buy a home in Silicon Valley. And now these companies are doing the same in so-called Silicon Alley. The rents in both areas are also, as they say, through the roof.

Residential real estate aside, the move underscores the fact that Silicon Alley is no small dot on the tech/start-up map. While the Valley still reigns in all things technology, the Alley is slowly taking the place of Wall Street as New York’s top employer. Facebook recently expanded its space in the city, Twitter signed a new lease there this past January, and here’s the Wall Street Journal on Google’s plans to occupy more space in Gotham:

Google's search is the latest sign of how important the tech sector has become to the city's economy and real estate industry. Tech, advertising and media jobs have grown from 265,700 in 2006 to 327,100 this year, according to brokerage Newmark Grubb Knight Frank. At the same time, the financial-services industry is losing standing as New York's traditional growth engine. The number of positions dropped to 434,500 from 449,100 in 2006, Newmark said.

Google’s descent upon Manhattan is partially a result of the desire of its employees. According to the Journal, “The demand by [Google's] employees to live in [New York] was far greater than [Google] expected.”

Of course, there will be many New Yorkers, not just wannabee Googlers, watching this story closely in the coming weeks. Many businesses—restaurants, bars, bodegas, dry cleaners, bowling alleys, rooftop farms, etc.—stand to make a killing depending on where Google signs its new lease.

Read More:
Space Quest: Google Needs More Offices in New York City (WSJ)
In Many Cities, Rent Is Rising Out of Reach of Middle Class (NYT)
Is Silicon Valley Just as Decadent as Washington and Wall Street? (Vault)
Do You Fit Into Google’s Culture? (Vault)

Do You Fit Into Google’s Culture?

According to an article in yesterday’s Wall Street Journal, “Companies are increasingly relying on social networks such as LinkedIn, video profiles and online quizzes to gauge candidates’ suitability for a job. While most still request a resume as part of the application package, some are bypassing the staid requirement altogether.