Google Changes Its Tune on Interviews 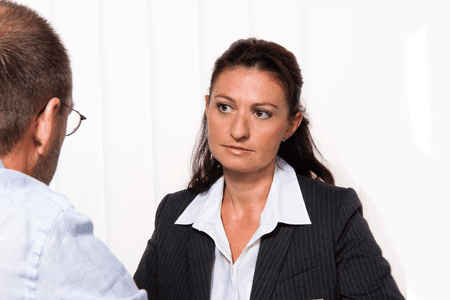 The company, whose tough as nails interview questions had everybody, well, Googling the answers, has nixed a whole list of hiring criteria. Why? Because instead of hiring for adaptability in an ever-changing field and company, requirements  like a great academic record or perfect standardized test scores tend to favor individuals who, as Bock puts it, are exclusively "conditioned to succeed in that environment," meaning, academia.

Thus, the old pre-reqs are out: GPAs, transcripts, SATS.  In fact, Google is beginning to disregard academic educations altogether: they're just not a good predictor of success at the company. Says Bock, "After two or three years, your ability to perform at Google is completely unrelated to how you performed when you were in school, because the skills you required in college are very different. You’re also fundamentally a different person. You learn and grow, you think about things differently."

According to the Times, Google is putting its money where its mouth is: they've actually increased their hires with no college education—14% of some of its teams have never been to school, according to Bock.

Instead, the emphasis is on hiring candidates who are leaders, and work well in teams. The only way to discover this, says Bock, is through "structured" behavior interviews that assess how a person makes decisions. The winning interviewees will be able to demonstrate that they are "consistent and fair in how [they] think about making decisions and that there’s an element of predictability." This is key to building trust among team members once hired, he explains. "If a leader is consistent, people on their teams experience tremendous freedom, because then they know that within certain parameters, they can do whatever they want. If your manager is all over the place, you’re never going to know what you can do, and you’re going to experience it as very restrictive."

A tip for passing an interview like Google's new ones: give the why for your answers. Show your reasoning. And demonstrate a consistent approach to problems.

Prove you're not guessing.

But don't assume Google's not taking a shot in the dark on you. "In terms of leadership, success is very dependent on the context," says Bock. "What works at Google or G.E. or Goldman Sachs is not going to be the right answer for everyone. I don’t think you’ll ever replace human judgment and human inspiration and creativity because, at the end of the day, you need to be asking questions like, O.K., the system says this. Is this really what we want to do? Is that the right thing?"

Read More:
In Head-Hunting, Big Data May Not Be Such a Big Deal (NY Times)
3 Ways to Trouble-Shoot Your Resume
Didn't Get the Job? Why Not to Agonize

Do the PRISM Leaks Spell Trouble for the Consulting Industry?

If you're in the business of providing services that require your employees to hold security clearances, there are two things that you definitely don't want to happen: for a leak to come from one of your contractors; and for the leaker to come forward and draw attention to themselves and your company.

Imagine, then, how Booz Allen Hamilton executives must have felt no more than ten seconds into the Guardian's video interview with Ed Snowden, the man behind the PRISM revelations that have been making headlines over the past week or so.

Can a MOOC Boost Your Career? This One Can!

When it comes to career advice, here at Vault we've always been of the belief that the best people to dispense it are those that have lived it. Thus: when we release our rankings of law, finance, accounting and consulting firms, all of the opinions in the firm profiles belong to verified, practicing employees of those firms—something that we spend a lot of time and energy to get.

Registration is now open for the eighth annual Legal Diversity Career Fair, sponsored by Vault and the Minority Corporate Counsel Association (MCCA). The Fair, which will be held on Friday, August 2nd, 2013, in Washington, DC, is an opportunity for law students and attorneys from underrepresented groups to meet and network with recruiters from law firms and government agencies that are firmly committed to increasing diversity in the legal profession.

Does an Ivy Education Get You Better Job Prospects?

"To get to Yale, you effectively must pass through a fifteen year funnel. No company can match that kind of screening rigor, so why not leverage it?