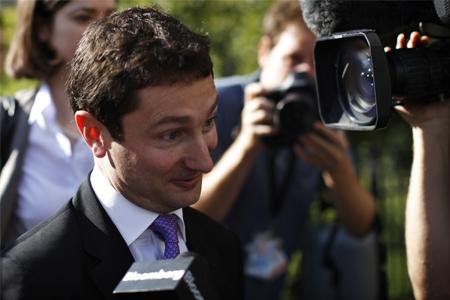 Just over a handful of years ago, working on Wall Street carried nearly unmatched prestige for undergraduate and MBA students. It was widely accepted that only the best and brightest from the top schools in the country were admitted into skyscrapers housing the likes of Goldman Sachs, Morgan Stanley, Merrill Lynch, and a defunct firm formerly known as Lehman Brothers. But come 2007, when it was discovered that those same firms played more than a small part in bringing the U.S. economy to its knees, resulting in billions of dollars in financial losses, as well as millions upon millions of job losses, respect for working on Wall Street took a massive nosedive.

Consider that, in 2008, on Fortune’s annual World’s Most Admired Corporations list, Goldman Sachs, then the top-ranked bank on the list, ranked No. 10, but in 2011 Goldman ranked No. 25 and this year fell to No. 34 (J.P. Morgan, now the top ranked bank, placed No. 28). Also consider that, in 2008, 45 percent of Harvard Business School’s graduating class took jobs in financial services while 10 percent took jobs in investment banking. But this year only 27 percent of new HBS grads went into financial services and 5 percent went into banking. Meanwhile, the percent of HBS grads going into tech has skyrocketed: 8 percent in 2008 vs. 18 percent in 2013.

In addition, consider that banks are still in the news almost weekly for their misdeeds, regularly paying tens, if not hundreds of millions of dollars to settle cases connected to the financial crisis (UBS settled yet another case yesterday, this one connected to misleading investors about a mortgage-related security) as well as new cases not connected to the crisis (such as J.P. Morgan’s settlement last week for allegedly manipulating electricity-market prices), which underscore just how little has changed when it comes to reining in greed and hubris on Wall Street.

The latest Wall Street case to hit just about every major headline was one involving an ex-Goldman trader named Fabrice “Fab Fab” Tourre, who was found guilty last week on six counts of securities fraud in connection with his participation in Goldman’s infamous subprime mortgage-backed deal known as Abacus. The verdict was yet another blow to Goldman, as well as to Wall Street, as it served as yet another reminder to the public that the largest investment banks in the U.S. were largely responsible for the financial crisis and that they’ve done little, if anything, to change their ways in the past five years, not to mention offer an apology.

And, perhaps worse, the verdict might have created an entirely new image problem for Wall Street.

In the aftermath of the Tourre verdict, many industry observers were quick to note that the ex-Goldman trader, just 28 years old when he last worked for the firm, became the one and only Wall Street banker to have been convicted of any wrongdoing in connection with events that led to the financial crisis. Perhaps for this reason, and for the fact that Tourre was so young during his tenure at Goldman, many observers of the case as well as at least one juror on the case called Fab Fab, in post-verdict interviews, a “scapegoat” (which seemed to be an apt description of the Fabulous Frenchman). Meanwhile, another juror called Tourre a “cog” in a machine but a “willing” cog. And yet another juror, a school principal, speaking on behalf of her fellow jurors, said, “We don’t think [Tourre] deserved to take the blame for everything, but he did play along.”

All of which isn’t such great news for Wall Street banks, as it seems to indicate that just by going along with your firm’s operations, you could be the one, in addition to your firm or in lieu of your firm, of taking the heat if said operations are deemed illegal in a court of law. This means that young wannabee Wall Streeters will now have additional concerns when deciding whether or not to join the rankings of investment banks worldwide.

Already, they have to deal with detractors that believe the industry is filled with blood-sucking mollusks. They also have to deal with the prospect of losing their jobs; post-crisis, Wall Street has continued to expand and contract (a/k/a hire and fire), making a job on the Street a not very secure one. Then there’s the problem of financial regulation, which has many industry insiders and wannabee insiders concerned to afraid, as the future of Wall Street and its varied products and services (many of which have been deemed dubious) remain uncertain.

And, yes, there’s also the extremely sad fact that, on average, a job on Wall Street doesn’t pay as handsomely as it did prior to 2008; and even when it does pay as handsomely, it doesn't pay in as much cash as it once did, since deferred stock is increasingly becoming the payment method of choice when it comes to bonus time on the Street. (Incidentally, Fab Fab Tourre, once upon a time, while working for Goldman, earned $1.7 million a year—which I imagine couldn't have helped him while he tried to ingratiate himself with the jury of his so-called peers).

In any case, two things seem clear: that Wall Street banks have a lot of hard PR work ahead if they plan to keep pace in the young-talent war, and that if they don’t stop racking up the settlements and losses in and out of court, the talent war is one they're going to lose, and lose badly.

Read More:
It's Not You, It's Me - HBS & Wall St. Break Up (WSO)
A Focus on Greed in Tourre Case (DealBook)
After Tourre Decision, UBS Pays $50 Million to Settle (DealBook)
J.P. Morgan Settles Electricity-Market Case (WSJ)
27 Interview Questions That Weed Out the Weak on Wall Street

You Can Apply--Can You Do A Job You're Underqualified For?

Maybe it's a lack of jobs you are fully qualified for.

Maybe it's just one gig at a company you're dying to work for that you're not quite experienced enough to do, but can't bring yourself to pass up.

As part of our Associate Survey earlier this year, Vault asked first- through third-year associates who had worked as summer associates at their current firms to rate the program both in terms of how well it prepared them for full-time practice and how much fun they had.

Vault Announces the Best Law Firms to Work For

We recognize that prestige is just one factor among many for law students and associates searching for the right law firm. For some candidates, quality of life weighs far more heavily in their considerations than a firm’s reputation in the community.