Careers in Cannabis: From Wall Street to High Street 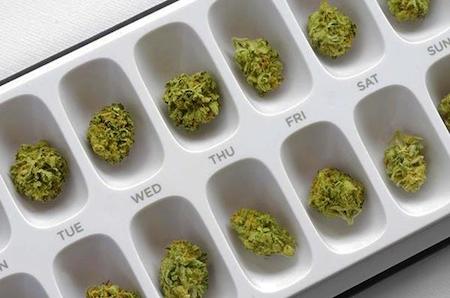 Five or six years ago, if you had told employees of the New York-headquartered High Times that some day in the not so distant future there would be a $300 million private equity fund named after and run by their counterculture publication, they likely would've told you to "stop bogarting the joint, man." Even so, you would've been correct, because today everyone and their mother's dealer is looking to cash in on what is being billed as the coming "potcom boom"—that is, legal dope is coming to New York.

According to another Times in the city, "The amount of money at stake has attracted investors from across the spectrum; from Wall Street to High Times magazine, the 40-year-old counterculture survivor that earlier this year announced that it planned to create a private equity High Times Growth Fund to invest in cannabis businesses."

Indeed, where there is money to be made, you will find the wolves of Wall Street (and where there is news involving dope, you will find the editors of High Times). Currently, the wolves are ferociously battling for the rights to sell legal grass: under New York law, only five entities will be granted a license to sell medicinal marijuana in the state.

And here's one wolf salivating at the potential pot profits:

Dean Petkanas, who plans to seek a state license, was a chief financial officer at Stratton Oakmont, the penny-stock boiler room operation depicted in “The Wolf of Wall Street”; Mr. Petkanas now runs a “phyto-medical company” called KannaLife Sciences that hopes to get F.D.A. approval of a cannabis-based treatment for two types of brain encephalopathy … “I did a lot of pharmaceutical work on Wall Street when I was in boutique investment banking,” he said, skipping over his time at Stratton Oakmont. “I spent a lot of time in merchant banking. I really dug in hard.”

Along with ex-investment bankers, ex-broker-dealers also hope to hit it big.

[T]he arrival of medical marijuana opens the door to a potentially huge market, said Derek Peterson, 40, a former senior vice president at Morgan Stanley Smith Barney. Mr. Peterson now heads Terra Tech, a publicly traded company that already operates a five-acre hydroponic growing facility in New Jersey turning out basil, kale and other produce while awaiting the opening of more local dispensaries, which Gov. Chris Christie opposes … “We don’t love the way the New York policy works, but over time the legislation can change,” Mr. Peterson said. “Even if you can’t make a significant profit now, you can invest in [medicinal marijuana] for the future.” He compared New York to Nevada, where Terra Tech had already spent “hundreds of thousands of dollars” to apply for a license and hired Senator Harry Reid’s son Rory as a lobbyist.

Also gunning for one of the highly coveted New York licenses to legally deal medicinal marijuana (it won't be legal to sell and buy for at least another year) is Ari Hoffnung, a former managing director at Bear Stearns (the now defunct investment bank once presided over by perhaps the most well known pot smoker ever to work on Wall Street: Jimmy "Midnight Toker" Cayne).

[Hoffnung] named his fledgling company Fiorello Pharmaceuticals Inc., in tribute to New York mayor Fiorello H. LaGuardia, who opposed the Marihuana Tax Act of 1937, when the substance was still legal. For now, Mr. Hoffnung has formed an investor group, while seeking to forge partnerships with companies that have grown and dispensed marijuana in other states … He said he became interested in medical marijuana after seeing “folks in my family with A.L.S. and other conditions where cannabis has been proven helpful to relieve pain and suffering.”

There is a good reason, other than it being a catchy phrase, that the forthcoming legal cannabis market is being referred to as the potcom boom.

For investors, the business strikes a familiar chord, with the potential for huge growth and high risk. “There are a lot of parallels that I draw to what happened in the technology space in the late ’90s and early 2000s,” said Al Foreman, a former managing director of J.P. Morgan’s growth equity fund Highbridge Principal Strategies. Since leaving Wall Street last December, Mr. Foreman helped start a private equity group called Tuatara Capital that plans to invest in cannabis industries across the Americas. “For lack of another term,” Mr. Foreman said, “it’s a new frontier.” … And, he added, the nascent cannabis industry is ahead of where the technology sector was 20 years ago.

In addition to direct dope sales, there will be much peripheral money to be made when legal grass comes to town. Think about all the goods and services created once the iPhone became ubiquitous: apps, cases, speakers, headphones, etc. And perhaps no one is better positioned to cash in than High Times itself.

Already, the magazine publishes click-worthy pieces such as "Most Americans Believe Pot Safer Than Alcohol," "7 Gifts for Professional Stoners," and "Marijuana Wins Big in 2014 Elections." And so it is primed to become the BuzzFeed for the buzzed, the Business Insider for the marijuana biz insider. As a result, it could become one of the most sought after employers in all of New York City. To that end, here's a sample of what life might look like inside High Times:

On a recent day, Malcolm MacKinnon, the magazine’s silver-haired editor, presided over a staff of more than two dozen, with ages ranging from their 20s to their 60s, as they worked quietly on the February issue (the cover story: a showdown between cannabis sativa and cannabis indica) … With its run-of-the-mill cubicles, the office felt more like the law firm that shares space with the magazine than the partying High Times suggested by its pages. Asked whether the staff smoked in the office, Mr. MacKinnon replied with a note of sarcasm, “Gee, we wouldn’t do that because it’s illegal.” … High Times is now a legacy business, with four decades of experience in a field many are just entering, Mr. MacKinnon said. “Everybody wants to talk to us now.”

Aside from the obvious perk, High Times offers would-be employees the opportunity to join one of the best company softball teams in the city.

This past September, the Bonghitters—yes, that is what High Times calls its team on the diamond—recently beat Forbes in the semi-finals and the Wall Street Journal in the finals to reclaim the New York Media Softball League Championship. After they won, to celebrate their victory, the Bongitters reportedly crowded the mound and joined together to belt out their infamous jingle, "Ol Bong Game."

Read More:
For Pot Inc., the Rush to Cash In Is Underway (NYT)
The Marijuana Industry Comes to New York and Everyone Wants In (NYT)
High Times on Wall Street (BusinessWeek)
Newsflash: You Can Still Be Fired for Smoking Legal Weed (Vault)

Newsflash: You Can Still Be Fired for Smoking Legal Weed

A cautionary tale out of Washington for those of you who can't wait to get your hands on some legal marijuana: one of the first people ever to legally buy pot in the Evergreen State has been fired by his employer, after being spotted on the news purchasing his bud.

Mike Boyer, a 30-year old security guard and committed pursuer of altered states of mind, made history when he became the first legal buyer of pot in his hometown of Spokane, Wash.