6 Great Canadian Firms to Work For 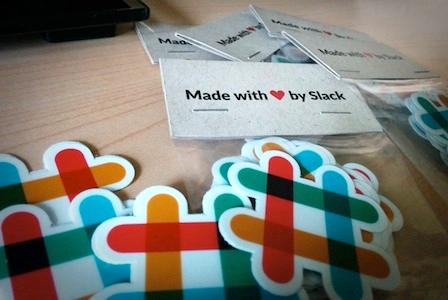 On Tuesday night, as it became clear that it was going to be more difficult for Hillary Clinton to win the presidential election than for a camel to thread the eye of a needle, a massive number of Americans searched for ways to immigrate to Canada, which crashed the Canada Immigration website. As of Wednesday evening, the site was still down. And so, if you're among those looking to escape to the Great White North, while I can't help you with your papers, I can suggest to take a look at the following six firms, all of which are hiring in Canada.

The investment banking arm of Royal Bank of Canada, RBC Capital Markets ranks among the 15 largest banks in the world and top five in North America. For many years, it's had a leading presence in Canada, consistently topping the investment banking league tables in the country. It's also been gaining ground in the U.S. and global league tables. In recent years, it ranked among the top firms in U.S. M&A as well as global M&A deal volume. RBC Capital Markets is based in Toronto, and has offices across the globe. Find RBCCM jobs here.

One of the most prestigious law firms in Canada, Torys has offices in Toronto, Calgary, Halifax, Montreal, and New York. Its main practices include corporate finance, litigation, and M&A. The firm was founded in 1941, and today serves top Canadian and international corporations, nonprofits, and governments. Along with full-time jobs, Torys has an excellent summer program for law school students that offers the "perfect introduction to life at a law firm." Find Torys jobs here.

The largest energy firm in Canada, Suncor explores for, processes, and markets oil and natural gas. It also invests in renewable energy and operates eight wind facilities across Canada. In addition, for more than a decade, Suncor has been part of the Dow Jones Sustainability Index, which tracks the financial performance of leading sustainability-driven companies worldwide. Suncor has also been listed on the FTSE4Good Index, a global benchmarking tool used by investors and researchers to measure the performance of environmentally and socially responsible companies. Find Suncor jobs here.

Chances are if you work at a large company, you know Slack; in fact, you might be Slacking now. But what you might not know is that Slack is a company founded in Vancouver, Canada, not in Silicon Valley. In any case, if you're not familiar with Slack, Slack is, according to Slack, "a team communication tool that brings together your team communications in one place, making communications instantly searchable and available wherever you go." In other words, it's an excellent instant messaging tool that works much better than email. As of late, Slack has been making quite a name for itself; it's now one of the darlings of Silicon Valley and could go public and grow even larger in the next 12 months. And so, there's no better time than the present to join Slack. Find Slack jobs here.

A Vancouver-based telecom firm, Telus offers various telecom services to individuals and businesses, and offers careers in several areas, including technology, sales, and product management. Telus also has an award-winning workplace. The firm ranks among the best diversity employers in Canada, and its corporate culture was named one of Canada's 10 most admired in 2016. Find Telus jobs here.

EA Canada is video game legend Electronic Arts' oldest studio. Based in Vancouver, EA Canada has roots dating to 1983 and today employs 1,300 people. Parent Electronic Arts, which is based in California, is responsible for famous games such as Battlefield, Medal of Honor, and Need for Speed (EA Canada does a lot of work on the Need for Speed franchise). EA Canada prides itself not only on its best-selling products but also on its inclusive, welcoming culture. And it offers an internship program for students that can lead to full-time jobs. Find EA Canada jobs here.

Why Millennials Are Flocking to Denver (Hint: Not for the Legal Weed)

3 LinkedIn Tricks to Get the Job You Want

The first rule of LinkenIn is right after you meet someone, follow up with a request to connect via LinkedIn. The reason is employers prefer to hire via referrals, and when you connect with people on a social media site like LinkedIn that you’d never otherwise meet, you multiply your chances of winning a referral.