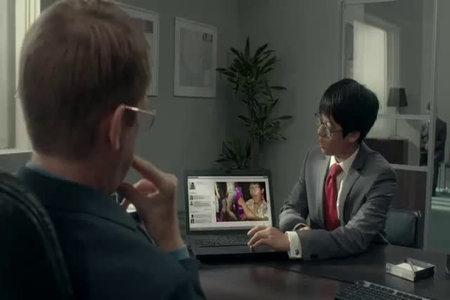 The job search is a stressful experience, especially if you don’t currently have a job. One mistake – a spelling error, a poorly worded email – feels like your world is coming to an end.  So, when you should be happy that a company wants to invite you in for a job interview, you’re actually terrified. What if I oversleep?  What if I answer a question wrong?  What if I say something stupid?  The anxiety is no joke, but I’m here to tell you that mistakes happen and if you learn from them, you’ll be better prepared for the next opportunity – and there will always be a next opportunity.  Here are the mistakes I made and ways you can avoid them:

Not Preparing for the Interview
I received an interview for a PR position at Mercy College. On the way there, I felt super prepared with several copies of my resume (see below), excellent writing samples and a track record of successful media hits under my belt. Because the school was quite a distance away, I left extra early and got there an hour before the interview.  The interviewer was 30 minutes late, so I had time to stew before I was called in.  I went in, exchanged handshakes and sat down, when the first question came: "What do you know about Mercy College?" I knew everything about Mercy College because I had written about the school’s Bronx campus so many times for the newspaper I had worked for, but, somehow, I hadn’t thought to prepare for this question.  Fear suddenly crept in to the point where I forgot everything and said, "I've covered so many schools for the paper, I think I might be mixing them up in my head." NOOOOOOO!!!! The rest of the interview went smoothly and at the end, I apologized about my earlier stumble before leaving because I really thought reminding someone of my failure would help me in the decision-making process.

Lessons Learned: Research the company.  Research the supervisor. Extensively. Know so much about them that you could write their biography if you needed to.  If you don’t know about the company you’re interviewing with, it won’t look like you want to work there.  And never show up an hour early; it gives you too much time to get nervous.

Making Assumptions
During my six-month bout with unemployment, I was applying for just about any job, whether I wanted it or not. I interviewed with an advocacy group that supported the legalization of marijuana for medicinal purposes. I assumed they were potheads, but that didn't matter at the time - I just wanted off unemployment. During the interview, I think they could tell I was judging them, which made me a complete hypocrite considering a similar situation that happened to me in school.  When I was a student at Baruch College, I had to present a speech on a controversial topic and chose the legalization of marijuana. The professor liked my report, but then asked, “What made you choose the topic other than the fact that you are a pothead?” I was shocked. The reason why I chose the topic was because a Cypress Hills CD was laying around and I used their liner notes for my speech. The professor’s accusation annoyed me, but here I was eight years later, making a similar accusation and consistently being corrected during the interview every time I assumed they were supporting the legalization of marijuana for recreational use. There was a distinction between medicinal and recreational and I failed to realize it.

Lessons Learned: Understand the company’s message. Don’t make assumptions just because you think you know something to be true. Also, be careful where you choose to work.  My assumption about the staff was inaccurate. It worked out for the best. I am not sure having a company on my resume that advocated for the legalization of marijuana - medicinal or recreational - would help my career later on in life if a potential employer saw it and assumed I was just a pothead. Choose your path wisely.

Not Bringing Enough Resumes
I had been employed for one company for eight years, so I hadn’t conducted a real job search in some time. When I was scheduled to meet a person from a market research firm, where I would be editing articles for a newsletter about automobiles, I only brought one copy of my resume.  I got to the interview, handed my resume to the human resources representative and began to sweat when he asked me if I brought another copy for the supervisor who would also be interviewing me.  When I told him that I had only brought one, he shook his head, wrote something down and said, “You should always bring multiple copies of your resume, but that’s ok.” I knew what “but that’s ok” meant.  I have had fights with my wife where she said, “that’s ok” and didn’t mean it, so I became nervous and stumbled my way through the entire interview process, already believing that I lost my opportunity because I didn’t bring enough for the entire class.

Lessons Learned: Carry at least 10 copies to every interview.  The other lesson here is not to just interview for any job. I had no real desire to work there; I just wanted a better title and more money, so I sent my resume everywhere and just interviewed with whoever called back. That’s like putting your photo up on Tinder and swiping right for everyone, just hoping you’ll get a date.

Asking the Wrong Questions
It’s actually not too hard to answer “Do you have any questions for us?” I nail it every time, but it’s only because of one exchange I had that made me feel like a complete buffoon. I was interviewing with a college and I felt like I was doing well until I answered that question with, “what’s the salary?” They answered the question, but the interviewer looked at me, almost as if he was pleading, when he gave me a chance to fix my error. “Do you have another question,” he asked, to which I responded, “What are the benefits being offered?” I never heard from them again.

Lessons Learned: Salary and benefits will be discussed at the end of the interview process. Ask a question about the day-to-day responsibilities; what they think is the most pressing responsibility that needs to be addressed immediately; or even play to their ego and ask what they love about working at the company…but never ask about salary or benefits. Show why you would be an asset to them and be less concerned with why the company would be an asset to you.

Don’t Be a Weirdo
I recently took part in my first informal coffee interview, where I proceeded to dart my eyes nervously at people walking into the coffee shop, because I was afraid someone I worked with was going to see me.  It got so bad that I noticed the person interviewing me stopped to look in the direction where I kept looking. It was awkward and I apologized. This was supposed to be the final interview before getting the offer. I didn’t get the offer.

Lessons Learned: When you are meeting someone informally for what is actually a formal interview, maintain eye contact with that person without coming across like a creep. Keep your eyes in a general direction and stop letting distractions get the better of you. In addition to this, don’t choose a coffee shop near your current employer’s office.

How to Have Better Conversations

Regardless of your career field, the art of face to face communication will help you get ahead in it: it cuts across everything from your performance in your first interview for an internship to your ability to have productive conversations with employees in your corner office. So why wouldn't you want to learn how to do that better?

How to Prepare for a Phone Interview

“I had my phone interview today and I don’t think they will be calling me back for a second interview,” my friend said in a text.

If you've been following the NCAA Basketball Tournament, you know that there are only four teams left. This means that 64 of the 68 teams selected to play in the tournament have lost, and thus, in some way, 64 teams have failed.