'Fit' Interviews: What to Keep in Mind 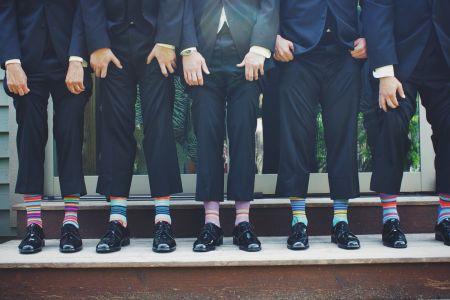 At a barbecue this past weekend, I ran into an acquaintance who has been trying to make the transition from academia to the private sector (he's an international relations/foreign policy specialist now seeking a consulting role).

When I asked him how his search has been going, he expressed frustration: he has an impressive resume, which has been opening doors for interviews, but he's been struggling to get past the first couple of rounds. His conclusion: "I don't think I interview well."

Naturally, given what we do here at Vault, I was intrigued, and pressed him for some more information: what kinds of issues was he running into? I was fully prepared to run through some troubleshooting: is it a specific question or methodology that's causing the problem? A knowledge gap? A problem framing his responses to show value to the employer? Had he asked for feedback?

In the end, though, I didn't get to any of my follow-ups, because he nailed his issue right off the bat: he's mostly been interviewing with Big Four-sized professional services firms, and, with over 15 years of academic experience, feels like the interview processes he's been through so far aren't set up to bring out the best in someone of his level of expertise. Or, as he put it: "I feel like they're a waste of time. Why is an interviewer for a job at that level asking for me to describe myself in three words?" He confessed that he'd gone as far as offering that feedback to one potential employer.

I'm torn between sympathy for that position and a desire to point out that, from the firm's perspective, the approach makes a certain amount of sense. Sure, the questions may seem simplistic, and like they were designed to get a sense of a 22-year-old coming out of college without much professional experience behind them. But if I've learned anything from reading tens of thousands of surveys from consultants over the past few years, it's that consulting firms really take the concept of employee fit seriously. Here are four more-or-less randomly selected quotes on the issue from this year's survey:

"We screen strongly for fit. Intellectual horsepower and ability with case studies are table stakes in this industry."

"We don't hire anyone who wouldn't pass the airplane test (would I be OK with sitting next to this person for 4 hours)."

"[When interviewing] try and be responsive and respectful while aligning with our culture of bringing in the best and brightest."

"Ideal new hire needs to fit in the 'team' culture and be people oriented first. He/she also needs the business skills or acuity to learn them quickly."

Interviews are a Two-Way Street

So what can my friend take away from this, aside from the fact that most consulting firms are explicitly looking for any excuse to rule out applicants?

Here's my thought: the ability to assimilate into a culture is a skill that employers value highly, especially if they're hiring for client-facing positions.

The reason so many employers are asking these questions isn't because they give out jobs based on how well you've chosen your three killer adjectives; it's to get some kind of a read on who you are, and how well you're likely to assimilate into their culture.

And one of the ways they can do that is by asking banal questions and seeing how you respond and where you take them: if you're the kind of person who gets frustrated by that, it tells the employer something. If you simply offer three words before clamming up, that tells them something else. What, specifically, depends on the lens the employer is using: if they're hiring someone to communicate regularly with clients, for example, obvious frustration may indicate that the candidate isn't suited to working with clients who will ask dumb questions (i.e. most clients). But if they're hiring someone for a role that requires a strong personality to challenge conventional thinking (a significantly less common occurrence), then frustration may be exactly what they're looking for.

So it seems to me that my friend has two options: he can keep looking for the perfect opportunity, or he can work on demonstrating his ability to assimilate in an interview setting.

Neither of these is wrong: cultural fit is just as important for the individual as it is for the firm, and while there are some people who can get along in many different environments, others require a specific set of circumstances to thrive.

The bottom line for my friend, then, is that he has some soul-searching to do about what it is he's really looking for, both in terms of his career and his ideal employer. Once he's figured that out, and worked on his ability to communicate it, he'll be able to approach the interview process with confidence, with a clear idea of what the company he's targeting is looking for and how he can persuade them that he's the right person to deliver it.

How to Have Better Conversations

Regardless of your career field, the art of face to face communication will help you get ahead in it: it cuts across everything from your performance in your first interview for an internship to your ability to have productive conversations with employees in your corner office. So why wouldn't you want to learn how to do that better?

If you're interested in a career in the consulting industry, the case interview is an unavoidable fact of life: at some point, you're going to have to prove that you have the ability to break down a business problem on the fly. And even if you've got your methodologies down pat, it's possible to mess up the basics in a pressure situation.

The question of why you would choose one firm over another as an employer is something that greatly interests us here at Vault—so much so, that we put the question into our annual consulting industry survey, so that we can find out what makes consultants tick.

With the hard work of preparing and launching our 2016 survey out of the way (it opened for responses last week—if you're a practicing consultant and want to take it, feel free to get in touch, or contact an HR representative at your firm), I went back and took a look at the selection factor data from 2015, with one particular question in mind: is there any difference between consultants at the top firms, and those in the rest of the industry?