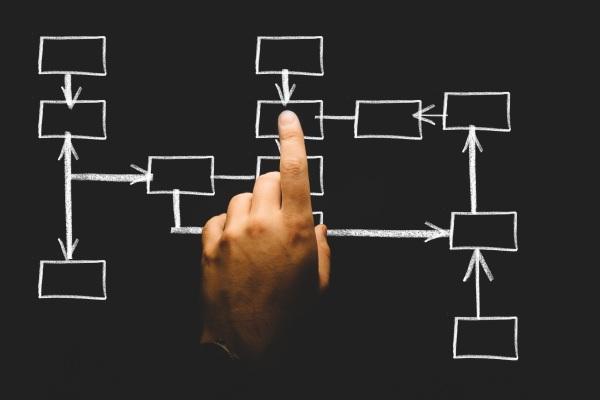 If you've taken any kind of business class in the past 25 years or so, you're probably familiar with Porter's Five Forces—the theory of competition named for Harvard Business School Professor Michael Porter, who developed it in 1979.

As business strategy tools go, it's as foundational as it gets—but can you name Porter's Five Forces off the top of your head?* Can you explain why each of them differs from the rest?

What if you were in a job interview and asked to explain the theory? Could you craft a cogent, compelling answer in around a minute?

If you can't, there's no need to panic. You don't have to re-take any of your b-school classes—instead, just check out this handy explainer video from Harvard Business Review. It's a couple of years old, but it captures the essence of the theory pretty well:

Of course, no interviewer worth their salt is going to ask you to define the theory without any kind of follow-up questions. In fact, there's a stronger chance that they won’t ask for a definition at all—they might simply ask how you think the model applies to a specific industry the firm you're interviewing with is considering entering, or to describe the theory's shortcomings.

As such, in addition to knowing the theory cold, you should also be prepared to discuss its limitations—it was developed, after all, before the advent of the commercial internet, mobile technology and the degree of interconnected global commerce that we live with today (to name just three seismic changes that have occurred since the Carter administration). Each of these changes underlines the speed with which markets can be upended in this day and age—and it's that speed (or lack of it) which is the model's chief shortcoming.

As an Investopedia article puts it: "For many industries, the immediate domestic competition sharing the same challenges of labor, shifting regulatory environments and so on are less worrisome than global competitors who can now provide goods and services all over the world thanks to advances in technology and logistics. Expanding the intake for the model to consider all the different competitive environments around the world makes the analysis more cumbersome for the return—a snapshot for short-term strategy."

With that in mind, any answer related to the Five Forces should be grounded in a short-term outlook, with the understanding that the assumptions that underline any recommendations coming out of the model should be periodically reviewed.

The overall takeaway: the most important thing to stress if you're asked about the Five Forces is that it's very much a foundational tool whose outputs are only as reliable as the strength of its inputs. As such, it's a potentially useful indicator when considering a decision, but it is by no means sufficient by itself as a tool for setting a company's log-term strategic direction--and it becomes infinitely more complex and time-consuming to use as the environments to which you're applying it increase in number.

Mastering the Case Interview: Tips from an Ex-BCG Consultant

What does Serena Williams' serve have to do with the toughest job interview style out there? A lot.

Answering the ‘Do You Want to Be the CEO?’ Interview Question

Is an Online MBA for You?

The online grad school experience is something that isn't always treated with the same respect as programs that are taught at physical campuses. And with good reason: you don't have to work very hard to find examples of unscrupulous providers who are essentially trading qualifications for cash, with little in the way of learning happening between the two ends of the exchange.