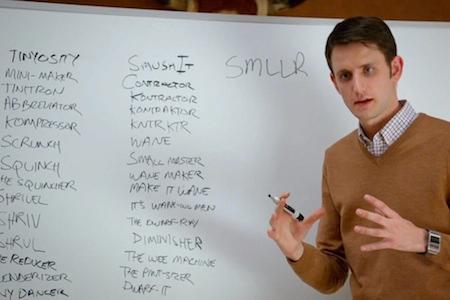 All too often, those who dole out interview advice emphasize memorizing the answers to certain questions (what are your strengths? weaknesses? tell me about a time when …) at the expense of making sure you come across as a human being, which is to say making sure you allow a genuine conversation to take place as opposed to simply repeating answers you learned by rote. Because if you just do that, you risk sounding like an unemployable robot. You also risk not getting a job with perhaps the most influential VC firm in Silicon Valley.

Here's Lars Dalgaard—a general partner at Andreesen Horowitz, also knowns as a16z (there are 16 characters between the A and Z in the firm's name), also known as the firm whose capital has helped build little tech firms like Skype, Facebook, Groupon, Airbnb, Twitter, Zynga, and Foursquare, among others—talking about how he interviews for new candidates.

One question I ask about 10 minutes into the interview, after we’ve created some trust, is “What did you learn from your mom?” It’s an incredibly powerful question. And then I’ll ask them about their father ... I think it’s because it will give me more of an insight into the person’s emotions. Basically I’m testing them to see, “How human are you ready to be with me?”

Being human, or rather daring to be human is pretty important to Lars. In fact:

The biggest thing in my life is really daring to be human, and that’s the approach I take to the working world. We could all be so much more human, but we don’t allow ourselves to do it. I think it’s because we’ve been brought up thinking that when you’re in a business role, if you show any emotion, then that’s the opposite of being tough.

The funny thing is that you’re actually a stronger leader and more trustworthy if you’re able to be vulnerable and you’re able to show your real personality. It’s a trust multiplier, and people really will want to work for you and be on a mission together with you.

As for an example of Lars' humanity, here's one of his former employees (prior to his gig at a16z, Lars was the founder and CEO of SuccessFactors, which he sold for $3.4 billion) speaking about life under Lars:

Days before I was moving to London to help lead SuccessFactors' European expansion, my car was stolen. Only it wasn't just taken from my driveway, it was taken by a professional con artist who gave me a fake cashiers check that bounced in my account after I'd paid off the car lease. The thief had my car and I had a checking account tens of thousands of dollars in arrears. Lars went to our CFO immediately and said, "if SuccessFactors can't lend her the money to get this straight, I will do it personally."

And that was just one of many examples of the times I knew that even though Lars was tough on me, he ultimately cared about me and had my back. I can honestly say that I think Lars would have knocked down walls for me, and in return I would have done the same, as would have the thousands of other employees who worked there. And we did, on a daily basis.

A chief executive who has your back, lends you money, and knocks down walls for you. Sounds more superhuman than human. And mighty rare.

9 Interview Questions Hedge Funds Ask (and How to Answer Them)

Interview questions at hedge funds can vary depending on the type of job you're seeking. But one thing holds true across the industry: Interviewing at hedge funds is demanding.