How to Answer the “Where Do You See Yourself in Five Years?” Interview Question 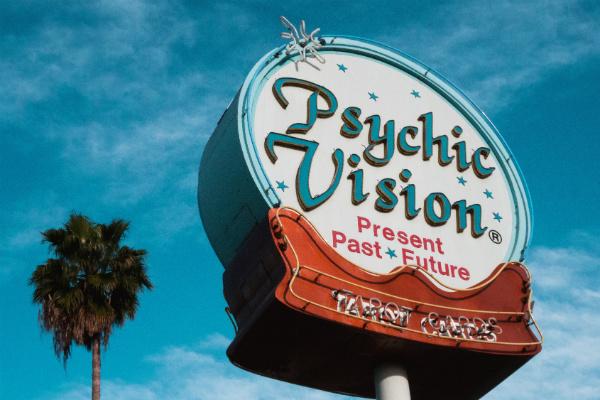 The theory of relativity: Five years to a whippersnapper like me is a different length of time to someone, say, my mom’s age. To me, five years is basically a lifetime, while to my mom, it goes by in the blink of an eye since she’s done more five-year cycles than I have (though she’ll yell at me if I tell you how many).

This isn’t how the theory of relativity goes at all, so please don’t use it as an example on a physics exam. But what “five years” means to individuals varies wildly, which is part of the reason why the question, “Where do you see yourself in five years?” seem like such an enormous, impossible thing to answer. Anything can happen in five years! No one can predict the future!

Relax. No one needs a crystal ball to answer this question effectively, regardless of how huge and scary it may seem come interview time.

Think About It Ahead of Time.

Self-reflection questions are definitely ones that you should put some thought into before heading to the interview. Otherwise, it’ll feel like you’ve been put on the spot, and you might say something not that smart. (Hint: Pointing at your interviewer and saying, “your chair” is a not-that-smart answer.) So take some time to think about your ideal career trajectory. What is it that you want to do? What are your goals? Is there a specific position you’re working towards, are you seeking to grow your knowledge in a certain industry, or do you have something broader in mind? Taking stock of your longer-term goals is a useful thing to do, and not just to prepare for this interview question.

I was asked twice in the process of interviewing for my current job where I saw myself in the future. This was the answer I gave:

“I’ve been really mobile for a long time—I’ve moved every year for the past eight years and gone through a lot of internships and stop-gap jobs to get through college and grad school. That constant motion can leave a person feeling untethered. My goal in the next few years is to get settled in a position where I can put down some roots, utilize the skills I went to school for, and grow as a writer and editor, rather than continue at the frenetic pace I’ve been running at.”

That’s honest with a capital-H. A lot of people told me that I should be saying that this is my dream job, that I’ve always wanted to work at Vault, and now I’ve got the chance. I disagreed—in reality, I didn’t know much about Vault before seeing the job listing and felt very uncomfortable with lying to sound like the ideal candidate. People can read honesty, and I think being candid let my interviewers know that I was someone who was consistently going to be straight with them, as well as informing them that I plan to stick around. Whatever you say in a job interview, you should always be truthful. You don’t have to tell everybody every detail, but you should never, ever say anything false.

Be Precise When You Can…

In some interviews, you can point to something very concrete as what you’d like for yourself in five years. Imagine you’re interviewing with your dream company—what would you tell them? Easy, right? “In five years, I’d like to be an integral part of X’s management team,” or whatever it is you’re looking for. Tell them it’s your dream job, if they’re offering it. Enthusiasm is so important in an interview, so long as it’s professional. You can also be specific if your chosen career has a relatively straightforward path—I always think of a lawyer in this regard (occupational hazard). Someone interviewing for a first-year associate position could say, with confidence, that they’d like to be a fifth-year associate…with such and such responsibilities and knowledge and, of course, with the firm their interviewing for.

…And Vague When You Can’t.

Not all career trajectories are so straightforward, however. Or perhaps the job you’re interviewing for isn’t really what you’d like to be doing five years from now. Millennials are especially on the move—although studies suggest that this is typical more of young people across generations, and that my generation is just the latest iteration of the trend. Regardless, there are plenty of people out there that don’t plan to stick with a job for five full years. So what are you supposed to say? Should you just say you’ll be around for five years? No. (See my point above. Don’t lie in interviews.) But you can still focus on how the position you’re interviewing for will play into larger career goals.

An example of something you might say is, “In five years I’d like to be an expert on SEO and social media marketing. This position is really exciting for me because of the opportunities it affords for growth in that area.” That’s an answer that demonstrates enthusiasm but doesn’t create false expectations. There’s a difference between being honest and telling everybody everything.

Wherever you see yourself in five years, I hope it’s someplace amazing! Set your goals high—maybe not doctor-on-Mars high, but get a little ambitious and a lot passionate. Being excited for the future and its possibilities is a wonderful quality, and you should let it be palpable to your interviewer. You know how it says “go-getter” on your resume? (I’m still not psychic, it’s just on everybody’s.) Being a go-getter really means being excited about the future, and rushing forward to seize your opportunity—so show off that soft skill and, rather than hemming and hawing your way through a modest next few steps, show them that you’re ready for whatever comes next and then some.

How to Answer the 'What Do You Like Least About Your Current Job?' Interview Question

Many questions you receive in interviews are more than what they seem on the surface. One such question is "What do you like least about your current (or previous) job?

3 Sentences Never to Use in an Interview

When prepping for a job interview, it’s just as important to practice what not to say as it is to practice what to say. So, to avoid an off-the-cuff interview mistake, make sure you practice not using these three sentences.

4 Questions to Ask When Interviewing with a Startup

A job at a startup can be exciting, scary, and fulfilling. Interviewing for one is a similar journey.