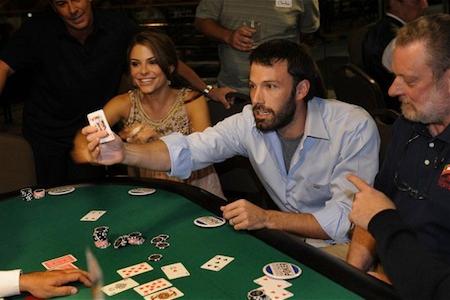 Brainteasers are like standardized tests: of little relevance to the actual subject but designed to compare all people equally. As for what these tricky interview questions entail, they typically encompass probability and/or statistics. Both hedge funds and private equity firms use brainteasers during the interview process. But hedge funds use them more often because these questions test mental math skills, which are perhaps more important for hedge fund jobs than PE positions.

Accuracy, of course, is key to answering brainteasers. But so is your thinking process. You should expect to explain your reasoning; a logical verbal breakout followed by a wrong answer is better than just a plain wrong answer. Don’t forget: Pay attention to your interviewer’s face for clues as to whether you're going in the right or wrong direction. And, since brainteasers are meant to be tough, it’s fine to take a minute to collect your thoughts and outline the steps toward calculating your answer.

That said, here are some example questions (along with their answers) to give you an idea of what to expect if you’re interviewing with a PE firm or hedge fund.

1. What is the probability of drawing two sevens in a card deck?

2. You play a game of dice where you are paid the equivalent amount of dollars to the number you roll (i.e., if a 4 is rolled then you get $4). You roll one fair six-sided die. How much are you willing to pay for this roll?

The expected return is every possibility multiplied by the probability of the possibility. The average of all the potential die rolls, which each have equal probabilities, is $3.50, the midpoint between 1 and 6.

How much would you pay to play the same game, but with the option to roll again? If you only roll once you get that score; if you choose to roll again, you get the score of the second roll.

Again, same games, option for a third roll now. How much will you pay?

3. You have stacks of quarters, dimes, nickels, and pennies. The number of coins in the stacks is irrelevant. You can take coins from a stack in any amount, any order, and place them in your hand. What is the greatest dollar value in coins you can have in your hands without being able to make change for a dollar with the coins in your hand?

4. A closet has three light bulbs inside. Next to the door (outside) are three switches for each light bulb. If you can only enter the closet one time, how do you determine which switch controls which light bulb?

To measure a half-hour, burn both ends at once. One side will burn faster than the other, but the opposite side will burn slower such that when they meet, the equivalent of half the time has passed.

If you were given two ropes, how would you measure 45 minutes?

For two ropes, take one rope and burn both ends like the previous situation. At the same time, light the second rope on only one end. When the first rope burns out, a half hour has passed. The second rope only has 30 more minutes on it. Immediately burn the opposite end of the second rope. The fire will meet at both ends again, which is fifteen minutes.

The above was excerpted from the Vault Guide to Private Equity and Hedge Fund Interviews.

Read More:
50 Best Banking Firms to Work For
How to Land a Private Equity Job
11 Interview Questions Private Equity Firms Ask (and How to Answer Them)

This Interview Question Could Change Your Career

There's a good post over on Quartz today that's all about millennial career dissatisfaction. While the whole thing is worth a read—regardless of whether you're a millennial yourself or an old who's all but given up on trying to figure the kids out and is just looking forward to the sweet release of death/retirement so you won't have to read any more think-pieces about how to inspire them anymore—one point in particular stood out to me from a career perspective.

All too often, those who dole out interview advice emphasize memorizing the answers to certain questions (what are your strengths? weaknesses?

Although the interview process in private equity varies by firm, all applicants will participate in a “fit” interview. In these, you will answer questions about your background or experience, and the hiring manager assesses your credentials and personality to see if you are a good match for the firm.