3 Tips for Interviewing for a New Job on the Sly 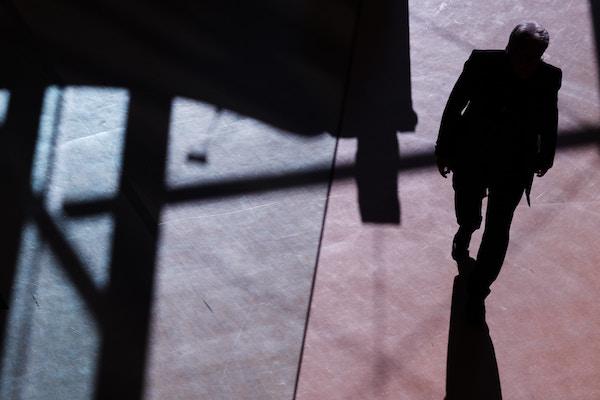 It's not easy to hold down a full-time job and look for a new job. And it's extremely difficult to go on interviews without letting your current boss know that you're ducking out to search for a new position. That said, it can be done. And here are three tips that will help you interview on the sly.

It's usually a red flag if you head out in the afternoon for a couple of hours. That is, your manager will likely become suspicious if you're suddenly absent after lunch for a long stretch. However, if you're just a few minutes to a half an hour late in the morning, your boss will likely not suspect you of interviewing elsewhere. Here's something you might not realize until you start looking for a new job while in a current one: Hiring managers at firms you're interview with know that you're heading out of your current job on the sly, and they know that you don't want to jeopardize your current position, so they'll be understanding of your scheduling difficulties. And so, if given the choice, or even if not, try to schedule early morning interviews, maybe even before you typically arrive at your current job. Many hiring managers like to schedule breakfast interviews, so take advantage of this. Your mind is usually at its sharpest in the morning, and you'll likely be able to finish your interview and get into work without anyone suspecting where you've been.

There are some interviews that last longer than breakfast. Say you have a few hours of interviews; you might be meeting an entire team of a firm you're looking to join. In this case, it's going to be unwise to tell your boss you're just running out for a bit, as it will be suspicious if you're gone for a third of the day. Also, it's never a good idea to lie to your managers. So, if you can, try not to say you have a doctor's appointment, or you're sick, or you're working from home. All of these scenarios can come back to haunt you. What if a coworker sees you out and about heading to your interview? It could be a long shot, but it can happen. And if you're supposed to be working from home and you're unreachable for an entire afternoon, that will raise some red flags, too. So, if you must, burn a PTO day. You don't have to say what it's for. Just say something to the effect of, 'Tomorrow I'll need to take the day off.' If pressed why, you can always say that you have some personal things to take care of, or a few apppointments. Which is not too far from the truth.

3. Work as hard as ever, maybe harder

It's going to be extremely obvious that you're looking for a new job if you check out of your current one. Everyone will know. Your boss, your coworkers, your clients. Even if you're 100 percent sure you've locked down a new position, you're never going to want to slack off at work. This, too, can come back to haunt you. What if that new job doesn't work out, then you've dug yourself a hole that could be hard to get out of, and you might not even have one job when all is said and done. Point is, work even harder at your current job when you're looking for a new one. This will not only throw off the scent of you looking for greener pastures but will also put you in good graces when you do tell your managers, "I have accepted another offer." Remember, someday in the future, it's likely that you'll need their letters of recommendation.

How to Turn Down an Offer When You’ve Accepted Another

Turning down a job offer is never easy. It’s especially difficult to do while trying to maintain a professional relationship with your point of contact at the employer that extended you the offer.

4 Strategies for Nailing the Video Interview

With video interviewing on the rise, today’s job seeker must embrace a new role: director of the job interview. As if interviewing wasn’t stressful enough, candidates must now set the proper scene, play the part on camera, and be tech savvy enough to execute the video interview without a hitch.

Many people stress out about interviews and experience stress in interviews. The reason for this is many people treat interviews like performances, as though by interviewing they're performing some sort of one-person show.

Having the right social skills is key to succeeding in both remote and in-person office environments. Below are the six most important social skills you’ll need to continue to advance your career.

1. Tell us a bit about yourself and your professional journey.