How to Fix the Gender Problem in Tech 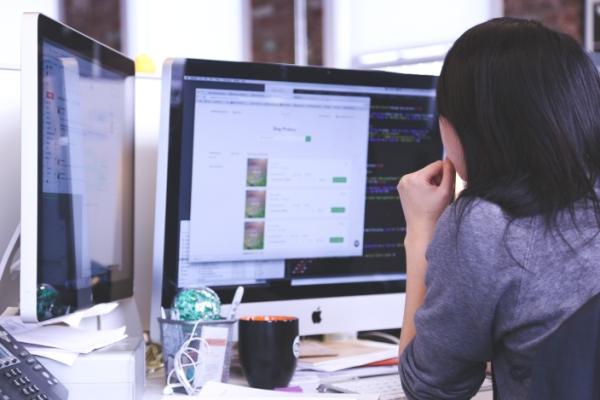 It's no secret that the tech industry has something of a problem when it comes to diversity. Dominated by men, it's an industry that has an extensive rap sheet when it comes to issues faced by women in its ranks, including unequal pay, lack of promotion opportunities, and workplace environments that are downright hostile.

While events at companies such as Uber and Google have shone a light on some of these attitudes and practices in recent months, it's safe to say that the culture of the industry isn't going to change unless more women can find places within in it. That's something of a Catch-22 situation when women hold only 25% of the positions in the field (as of 2015), but quit Science, Engineering and Technology careers at much higher rates than men (41% compared to 17%) according to the National Center for Women & Information Technology.

If women are to be attracted and retained within the tech sector, it's clear that something will need to change. And who better to tell us what those changes should be than the women themselves? In the video below, that's exactly what the folks at Vice News have to offer: a 3-step solution to training, hiring and retention that comes directly from potential and current female employees in the industry.

While the steps outlined in the video seem simple enough, you don't need to go very far to find evidence of the challenge that women face in the tech industry; at the time of writing, the video had 534 comments on YouTube. Of the 50 or so that I scrolled through, none admitted there was a problem with how women in technology were being treated—with many of them making the point in terms that only underline the scale of the problem, and several blaming biology (no, really—the idea that women are somehow genetically uninterested in tech work came up over and over again. Side note: I do not recommend reading YouTube comments if you hope to retain any faith in the future of the human race).

As founder of the popular site The Huffington Post and now founder and CEO of Thrive Global, it’s no wonder that Arianna Huffington has become an inspiration to entrepreneurs around the world. And as many business leaders in the 21st century, Arianna has used her platforms to also advocate for health—the importance of sleep in particular.

Much of what you'll read about leadership and entrepreneurialism focuses on visionaries—people who stick their neck out and make it big by following their dreams. But what that commentary often misses is the importance of the people around them—something that is perfectly captured in the video below.