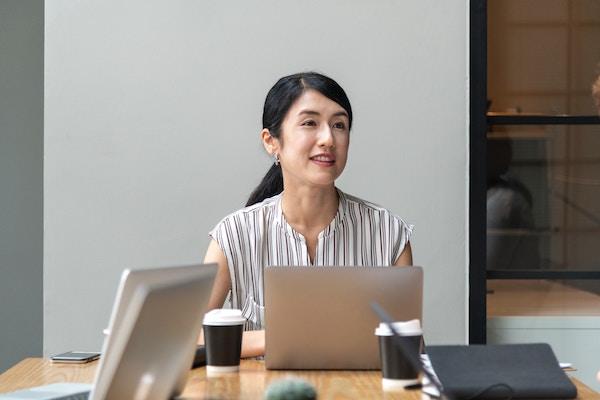 The latest New York Times Corner Office column is one of the most enlightening and inspiring in recent memory. In it, Leila Janah, the founder and CEO of a skin care startup as well as an antipoverty nonprofit, speaks openly and generously about her less than rosy childhood (the daughter of Indian immigrants, Janah was treated like an outcast as a kid, moved 12 times, and her parents divorced) and about the skills needed to be a successful entrepreneur. To that end, below, in Janah’s words, is what it takes to be great startup CEO—along with, in my words, how anyone, at any level, in any industry, can begin working on these skills right now.

1. The ability to create a safe environment for employees to take risks.

How you can work on this now: Even if you’re not the CEO, you likely work with others on teams both large and small. So ask yourself: Do I create environments in which my coworkers feel inspired to take risks? Do I inspire others to be creative? Do I encourage others and their ideas? Or am I dismissive and discouraging of my coworkers and their ideas? Keep in mind that the way up the org chart begins now. So if you didn’t answer favorably to these questions, it’s time to start changing your ways. Today.

How you can work on this now: It’s hard not to get discouraged when you tried something at work and it didn’t go as planned. It’s even harder when that idea didn’t just not go as planned but crashed and burned. But remember, through failure is the only way to learn and, ultimately, to succeed. So be kind to yourself when you fail. Though it’s certainly okay to feel sad or disappointed, make sure to congratulate yourself for having the courage to try; that’s a big deal. Also remember that you learned something: what doesn’t work. Likewise, when you succeed, don’t be so quick to pat yourself on the back. There were likely others who helped you succeed. So before you go slapping your own back after a big win, make sure to acknowledge those on your team who helped you win. And then get right back to work on the next project.

3. Knowing how to hire the right people.

What Janah says: “In the early stages, I’m really looking for a sense of ownership. Are they going to sweat all of the details as much as I do? Are they going to put in the crazy outsize effort to make something work, which often means doing the work of three or four people in the early stages? That shifts as a company matures, but that sense of ownership, especially in key management hires, is still vital. To me, that will compensate for a lack of experience or specific skills, which can often be learned, especially if it’s about learning a new industry or something.”

How you can work on this now: This is very important to remember, especially in interviews. One of the most important part of any interview is making sure your interviewer knows that, if hired, you’re going to work insanely hard, and that you’ve worked insanely hard in the past. There’s likely always going to be someone with a better looking resume than you, with a “better” school and a “better” previous employer (at least on paper). But if you can convince your interviewers that no one’s going to go the lengths that you will in order to be successful, then you’ll put yourself in a great position to land the job. Note, this doesn’t mean just telling, but also showing—giving examples from your past. Also, Janah’s advice can certainly work for you when you’re on the other side of the table. You always want to hire those willing to put in the work to get it right. Pedigree doesn't do the work; people do. And so, make sure to choose wisely (hardworkers only!) when hiring new employees.

4. The will to never give up—even when things go very badly.

What Janah says: “You have to be willing to embrace the struggle. If you want anything great in life, you have to be willing to go through the very dark and painful moments of building something. Nothing great has ever come out of a lot of easy days. We’re in a world where so many things are available at the touch of a button. We forget that only through struggle is our character really tested … The biggest reason for success in entrepreneurship is not brilliance. It’s not creative genius. It’s the simple ability to not quit when things are really bad.”

How you can work on this now: Commit this advice to memory. Or write it down. Or copy and paste it and print it out. Or just remember these three words: Embrace the struggle. They will help you. A lot. Maybe every day.

Why Are Startup Employees Implanting Microchips Into Their Bodies?

It sounds like the premise of a "Black Mirror" episode. In Sweden, more than 150 employees at a startup called Epicenter have surgically implanted tiny electronic chips into their hands, allowing them to open office doors, print out documents, and purchase drinks.

For every Instagram, there are nine Friendsters. That is, nine out of 10 startups fail.