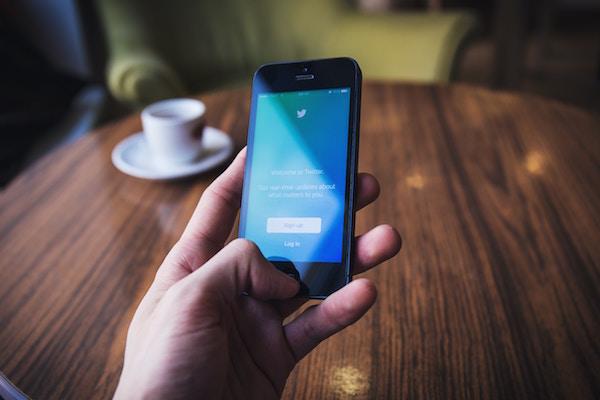 Yesterday, Anthony Noto announced that he was stepping down as Twitter COO to become the CEO of fintech startup Social Finance (often referred to as SoFi). SoFi, which began in 2011 as a student loan refinancing company and has since also become a mortgage lender and hedge fund investor, has had some trouble as of late. In 2017, its CEO left the firm amid numerous sexual harassment claims against him, and the firm's culture has been likened to that of "frat house." As for Noto's departure from Twitter, it was notable for several reasons, including the fact that he'd been instrumental in beginning to turn around the infamously unprofitable social media firm; just after Noto's departure was announced, Twitter's share price fell 4 percent. In addition, Noto's leaving Twitter for SoFi was notable because it pointed to the following three career trends.

1. Fintech is where the money and prestige are.

Noto grew up in New York State, did his undergrad at West Point (where he was an All-league linebacker for its football team), and graduated with an MBA from Wharton. He began his post-grad-school career on Wall Street with Goldman Sachs in 1999 and quickly became a top Wall Street analyst, focusing on Internet companies. About 10 years into his banking career, Noto left Goldman to become the CFO of the NFL (the National Football League). That NFL post didn't last long. After a couple years, Noto returned to Goldman, where he became a top tech banker at the firm and was responsible for leading the underwriting of none other than Twitter's IPO. A few years after he helped take Twitter public, Noto joined the social media giant as its CFO. Three years later, he became its COO, a position he held for nearly two years before becoming SoFi's CEO yesterday. All of which is to say that Noto's career path could signal that Wall Street to Silicon Valley to fintech is the new high-performing high-paying career path.

Once upon a time, Wall Street was widely seen as the most prestigious and highest paying career path, for a certain type of person. Said person typically started out at an investment bank, got an MBA, then took a job with a private equity firm or hedge fund. But then came the Internet, and the tech companies that drove innovation and revenues in the Internet space were widely seen as offering the most prestige and best comp (for that certain type of person). And now, with many of the big Silicon Valley firms having gone public or been swallowed by even larger tech firms (IPOs and acquisitions are typically the big paydays for employees and typically signal that firms are no longer so nimble and innovative and thus no longer so cool), fintech startups are starting to emerge as the heir to the big tech firms. That is, fintech seems to be the place to begin or advance high-performing high-paying careers.

For the past few years, fintech firms have been disrupting the personal finance, student loan, and payment businesses, among others. And many of these firms, such as PayPal, Venmo, Square, Stripe, and SoFi, are seen as some of the most desirable places to work among millennials. The reason is 1) disrupters are seen as highly innovative and creative places to work, and 2) the great financial upside at these firms; if one of these firms goes public and you happen to work there and have an equity stake in the firm, you could become a millionaire overnight. Which happened at Google, Twitter, Facebook, Etsy, LinkedIn, Alibaba, and countless other tech firms that received very generous valuations upon their entering the public markets. Speaking of which, the last time SoFi, currently a private company, raised a round of financing, it was valued at $4.3 billion.

2. Job-hopping is the way to quickly advance your career.

Along with seeing a potentially very lucrative opportunity at SoFi, Noto saw a chance to increase his responsibilities. Noto reportedly had his eye on becoming a CEO somewhere, and so, with Jack Dorsey not looking to give up his Twitter CEO post anytime soon, Noto knew he'd have to leave Twitter to see his plan through.

Noto's move underscores that, often, in order to progress, you're going to have to leave your job and jump to another firm. It's widely known that job-hopping is typically the only way to make a lot more money. It also happens to be one of the few ways to take on a lot more responsibility and progress a lot further in your career. Which is to say, waiting around for someone above you to leave is not going move your career upward too quickly. So if you have your eye on continually gaining more responsibility, learning more, and earning more, you're likely going to have to follow Noto's lead and jump ship. Perhaps several times throughout your career.

That said, note that Noto, aside from his short NFL gig, spent a fair number of years in each position he held. He wasn't jumping from job to job every six months. Which likely won't get you where you want to go because 1) employers will see you as someone not very loyal and they won't want to invest time and money in you, and 2) you won't learn all that much since it takes time to settle into a new job and start to make a difference.

3. Wall Street is still a great place to gain great work experience, even if you don't want to work on Wall Street.

Although it's probably true that with the emergence of the Internet and Silicon Valley and tech firms (and now fintech firms), a career on Wall Street has lost some prestige, not to mention its standing as the best-paying career path. However, one thing hasn't changed: Wall Street firms are still excellent places to launch a career, even if you eventually want to work in Silicon Valley, work at a fintech firm, start your own business, or do just about anything else.

The reason for that is a job on Wall Street will teach you several things you'll use throughout just about any career. These include: 1) Accounting skills, 2) Time-management skills, 3) Teamwork skills, 4) Research skills, 5) Client-facing skills, 6) How to conduct yourself in a business meeting with very high-level executives, and 7) How to work under an incredible amount of pressure on incredibly tight deadlines.

Of course, there are many more things you'll learn, depending on which area of a Wall Street firm you might work in. But the point is working for a major Wall Street firm will give you a solid base with which to build your career. Which perhaps no one knows better than Noto.

Will the Geeks Inherit Wall Street?

I remember there was this ridiculously smart guy I went to college with who, in some circles, might qualify as a "geek. " This guy was a math whiz, computer whiz, a bit socially awkward, and had the pencil-thin physique of Waldo.