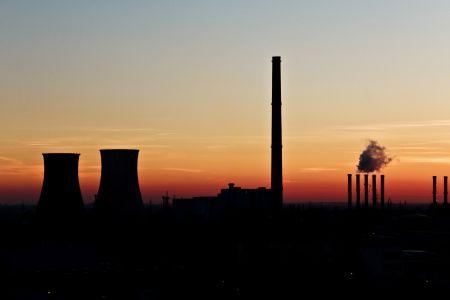 "In short, the agreement doesn't eliminate coal jobs. It just transfers those jobs out of America and the United States, and ships them to foreign countries. This agreement is less about the climate and more about other countries gaining a financial advantage over the United States."

Now, there may be some perfectly good economic reasons for pulling out of the agreement (I've yet to see one, but I'm prepared to concede that there's a possibility), but creating coal jobs isn't one of them. These two charts explain why: 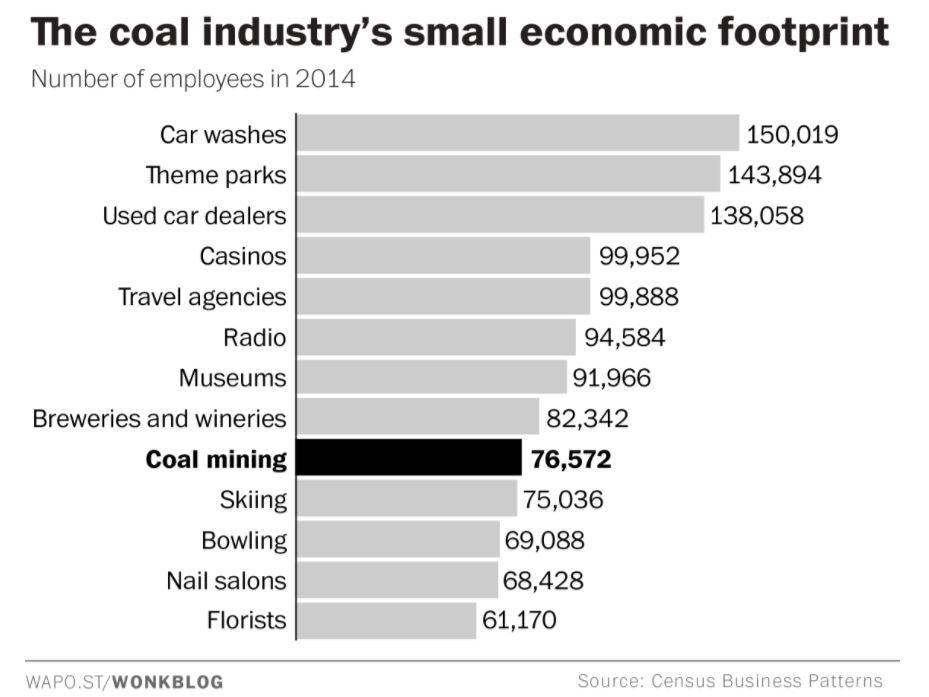 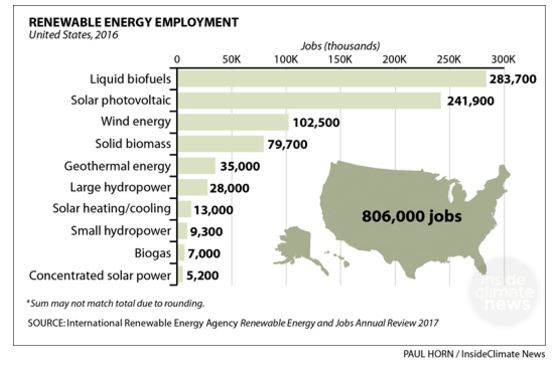 As you can see, there are approximately 10 times as many jobs in renewable energy in the United States as there are in coal. Even if pulling out of the Paris Accord doubles the number of coal jobs in the country, we'll be looking at an industry with around half as many employees as General Electric, and one with around a sixth of the headcount of the renewables sector. For further scale, consider that the US economy needs to create around 120,000 jobs per month--around 1.5 times as many as the entire coal sector currently employs--just to keep up with population growth.

Whatever else the decision may be about, raw numbers of jobs in energy production is nothing like a sufficient rationale—especially well-paying jobs where employees can develop transferable skills that will protect them in the event of a downturn. Neither is the idea of protecting US companies from overseas competitors: renewables are going to assume ever-greater importance in the years ahead. Ceding the development of those to overseas competitors is a much greater threat to existing American energy jobs than anything in the Paris agreement.

It’s been almost 120 days since Donald Trump took office and nearly as long since Trump’s first of two (failed) executive orders on immigration. Since then, international students have been understandably anxious about where they stand under an “America First” Trump administration.

The Trump Budget: How Many Jobs Are at Stake?

According to the Washington Post, the proposed federal budget—due to be unveiled Thursday—is set to slash funding for most government departments not related to the military and homeland security.

What Trump's Victory Means for the Defense Industry

As we pick over the bones of the election result, one question that surfaces over and over again is this: how many of his campaign promises will President Trump be able to keep, and to what extent?

Of particular interest to those in the consulting industry: Trump's spending plans, especially those that relate to defense—a corner of the industry that has taken something of a pounding since the sequester came into effect in 2013.