Switching Careers in Order to Found a Startup: A CEO’s Perspective 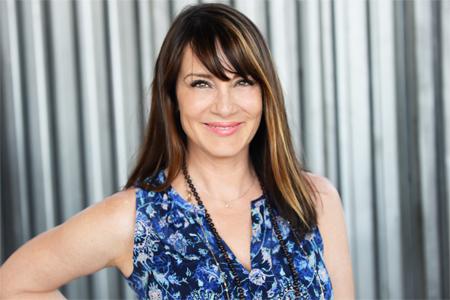 Think it’s impossible to make a major career switch? After hearing this story, you might think differently.

Now the CEO of her own company, Lisa Rotondi had an extensive career in acting before making the switch to the food industry and founding Organic Kids L.A. The leading lunchbox delivery program in Los Angeles, Organic Kids L.A. delivers meals with organic, healthy ingredients to children at schools in the area. The company has grown exponentially in size, and it now offers culinary lessons and cooking camps to educate children about nutrition.

Recently, I was fortunate to speak with founder Rotondi, who told me about her company’s business model, her personal experience changing careers, and her life as an entrepreneur. She also offered some advice to those eager to start their own companies one day. Below is an excerpt from our conversation.

VAULT: Can you tell us how you got started with Organic Kids L.A.?

ROTONDI: I was an actress for years, and after having a child near the end of my career, I did a few out-of-town films and made barely enough money to qualify for my union's health insurance. After having my son, I stopped acting and started making baby food for him and some of my friends’ children. This gradually turned into a home delivery service for baby and toddler food. Parents started asking me if they could send the delivered meals for their children’s lunches, and so, Organic Kids L.A. was born. We’re currently delivering 4,500 meals per week and are on track to deliver 6,000 next year, and we’re considering expanding to other cities in the near future.

VAULT: How do you know when it’s time to expand as a business?

ROTONDI: Coming from a different background than a lot of entrepreneurs and not having a business degree, I tend to listen to my gut more than anything else. For me, quality is the No. 1 thing, so if you know that you can retain the quality of your business, then it might be time to expand. At Organic Kids L.A., we’re thinking about growing to other cities and franchising, or possibly licensing the company.

VAULT: What does the day-to-day of your job as president of Organic Kids L.A. look like?

ROTONDI: Today was a little unordinary—three people called out sick, so I ended up helping out and delivering lunches to one of our partner schools. For a while, I had stopped going into the kitchen to pack lunches, but in January I went back in and stood on the line packaging meals. We have such an amazing director of operations, but she has a lot on her plate, so we often work together to get the work of an army done. I'm not sure that I will ever fully step away, as I love having a hands-on approach and being as involved as possible, overseeing all parts of the organization. Currently, I’m doing three proposals and food tastings for new schools and am trying to stay out of packing lunches. Though I do think it’s really important to be there often enough to know what’s going on.

VAULT: Does sustainability play into your business model at all?

ROTONDI: Absolutely. We care a lot about our environmental footprint. Our lunches come in reusable lunch boxes that are BPA free, and we compost our food—you generate mountains of trash if you don’t. Also, most of our fruits and veggies come from local farms, and our meat is local.

VAULT: How would you describe the culture of your organization?

ROTONDI: In general, the culture is very casual. We’re a big family of people, and everyone puts their heads down and works hard. It’s definitely a work hard, play hard culture. Long term, we’d love to pay for all our employees get a college education. We want people to feel empowered. At the end of the day, it’s the people in our organization that matter.

VAULT: Do you have any advice for someone looking to begin a startup?

VAULT: What are the top three characteristics you believe an entrepreneur needs to have?

VAULT: Did you always want to be an entrepreneur?

ROTONDI: In short, no. I originally wanted to work with dolphins, but after studying psychology and theater, I ended up trying my hand at the latter. After many years in the film business, all the superficial pressures that come with being an actor were glaring me in the face, and I knew I had to make a change. I think in some ways, having a child gave me permission to officially move on to something else. And I have never felt more fulfilled.

VAULT: How did your career in acting lead you to found Organic Kids L.A.?

ROTONDI: Being an actor actually prepared me a lot for being an entrepreneur. The rejection an actor goes through on a weekly basis is quite trying. You are taught to take everything personally when you are working. It's what makes someone interesting to watch. But the amount of rejection is enough to send someone off a cliff. That said, I somehow did keep most of my wits about me, and I believe all of that rejection really prepared me for being an entrepreneur—I learned how to move past it in order to succeed.

6 Things an Accounting Firm CEO Wishes He Knew at 22

As we say farewell to our spring interns and plan for our summer interns, I think back to the time when I was in their shoes. Nearing the end of college and in the process of figuring out my career path, I had no idea I would one day be a partner in an accounting firm; I never imagined that as a long-term goal.

How One Startup Is Changing the Wedding Industry

Men have been renting wedding tuxes for decades, so why are women still buying their bridesmaid dresses? This question led Kelsey Doorey to start Vow To Be Chic, the first and only company that rents designer bridesmaid dresses, so women don’t have to break the bank to be a bridesmaid.