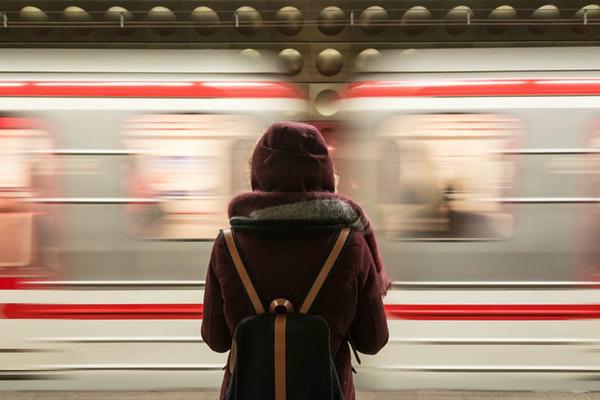 Last month, I compiled a reading list for Black History Month. This month is Women’s History Month—and March 8th is International Women’s Day. This month, I urge you to use your commute to take in the perspectives of women from various countries, cultures, and backgrounds, and with a myriad of identities. We’re half the population, and yet female authors are continuously underrepresented in the printed word. This month, and every month, it’s important to hear women’s voices in the workplace, in our government, and in the media we consume. So here I present a list of fiction, nonfiction, poetry, and graphic novels by women, each telling her story, in her voice, as only she can.

The Silence of the Girls – Pat Barker

A retelling of the Trojan War from Helen and Briseis, two women who are barely mentioned in the Iliad but have a profound effect on it. During the siege of Troy, these two women survive by any means they can.

How far does sisterly love go? Ayoola’s boyfriends keep turning up dead, and her sister Korede keeps cleaning up the mess. What happens when Ayoola starts dating the man of Korede’s dreams? Well, it gets a little messy.

Twins Claudine and Pauline pretend to be one famous woman. But when one dies, the other must take up the mantel of fame solo—and soon realizes what it, and the cost of femininity, did to her sister.

Her Body and Other Parties – Carmen Maria Machado

A truly revolutionary collection of stories, including a feminist retelling of “The Green Ribbon,” a surrealist look at Law & Order: SVU, and so much more. Machado is a bit new on the scene, but truly a master.

Keiko finally feels like a person when she works at a convenience store. This tiny novel is an ode to both order and strangeness, and a peek at the culture of the convenience store model so ubiquitous in Japan.

Not that Bad: Dispatches from Rape Culture – Roxane Gay (editor)

In this collection of essays, the legendary Roxane Gay brings together 29 women to talk about the persistence of rape culture and its effects on them, their loved ones, and the society they live in.

Ever since her defining profile in Marie Claire, Janet Mock has become a champion for women. In this memoir, she discusses the challenges she faced growing up trans and her bravery in facing them.

Women’s education is still something that needs fighting for—in her memoir, teacher Azar Nafisi describes teaching literature in totalitarian Tehran, and the young women who rebelled with her.

Text Me When You Get Home – Kayleen Schaefer

A deep dive into the modern female friendship, this book takes interviews with folks like beloved author Judy Blume and screenwriter Kay Cannon to explore why girls make the best friends.

The Mother of All Questions – Rebecca Solnit

A follow-up to Men Explain Things to Me, this essay collection digs into subjects like fragile masculinity and rape jokes—and is yet another example of the mind-boggling awesomeness that is Rebecca Solnit.

A classic for a reason—the anniversary of Akhmatova’s death was a few days ago, making this the perfect month to read beautiful poetry written by a brilliant woman who lived an unimaginably difficult life.

Technically YA, this novel-in-poetry tells the true story of Renaissance artist Artemisia Gentileschi, her rape by her mentor, the trial in which she took him down, and the effect violence had on her art.

The latest collection by arguably one of the most influential working poets, Magical Negro is a powerful engagement with being black and being a woman in this American cultural moment.

Another story-in-poems, concerning the first Chinese-American movie star, Anna May Wong, on a surrealist journey through time and tech, and through what it means for women of color on the screen.

The Best We Could Do – Thi Bui

This graphic memoir follows a refugee family’s escape from Vietnam in the 1970s. It is beautifully drawn, heart-wrenching, and yet somehow stitches your heart back together by the end—mostly.

Karen Reyes, a girl in 1960s Chicago, loves monster movies—and mysteries. In this more-mature-than-it-sounds graphic novel, she attempts to solve the murder of her neighbor while dealing with her own monstrosity.

Church bingo may not seem like an obvious place to find queer love, but the romance between Hazel and Mari is so sweet that it defies skepticism.

Superhero comics have been slow in coming to the 21st century, women-and-POC-wise, but the Kamala Khan reboot/update so cleverly interweaves the complexities of being female, Muslim, and a millennial.

Strategies for Launching an Effective Parental Support Group at Your Office

For many working parents, a job isn't simply a place you go every day to earn a living—it's part of your village. I am a huge believer in the importance of community to our mental health.

February is just an awesome time for reading. Honoring Black History Month exposes us to an entire world of compelling fiction and nonfiction written by some of the most talented and important Black voices today.

A friend of mine was telling me not long ago that, for a culture to persist and thrive, it needs media representation. I agree with him completely.