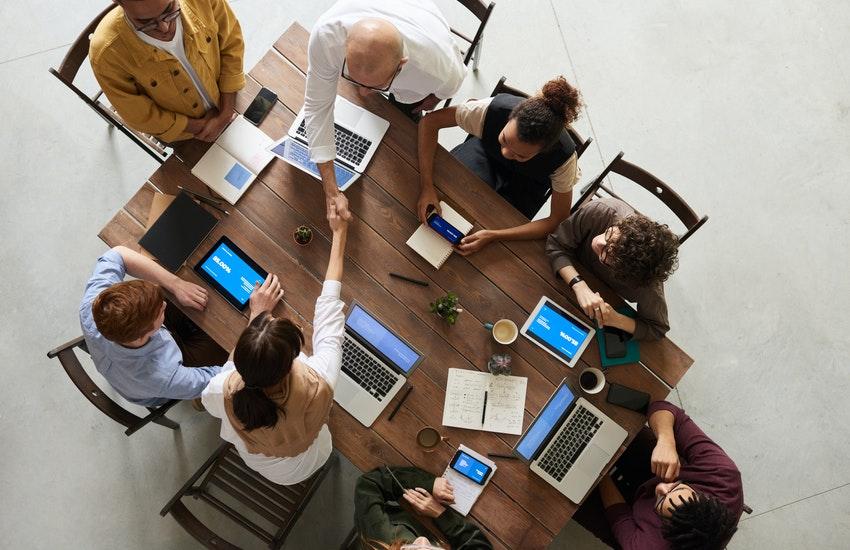 Gorick Ng, a career counselor at Harvard by way of Credit Suisse and Boston Consulting Group, was kind enough to join Firsthand as a keynote speaker for our D&I Internship Virtual Career Fair. Ng shares that, as a first-generation college student, he joined the world of business as an outsider looking in—doing what he thought was necessary and yet always feeling behind. Long hours at the library turned into long hours at the office, and yet he reports that his performance reviews were never quite as good as he thought they would be and that his peers were exploring opportunities that, until they’d passed him by, he hadn’t even known existed. Ng found himself wondering what many a college student and recent grad ask themselves, “Am I alone?” As in, what do my peers know that I don’t? This thought spurred Ng to reassess his career in order to make the necessary connections to be successful and thrive in the workplace. With the students and young professionals at our career fair, he shared the following four pieces of advice.

1. Every spoken rule comes with a set of unspoken rules.

Ng discussed the difference between spoken or written rules and unspoken or unwritten rules. For example, you know you’re supposed to go to the career fairs your school puts on. But where Ng admits to going to career fairs in his college days focused on the free swag that companies were handing out, his peers were greeting people and saying, “It’s nice to put a face to the name.” This is because before the career fair even began, they had reached out to recruiters at the organization to ask for information or just to make a connection. This was something that made them stand out at the career fair, and made them much more likely to walk away with a job or internship interview offer. Similarly, following up with people you meet in a networking capacity is just as important as meeting them—so while a thank-you email or a “nice to meet you” email might seem like overkill, the unwritten rule is that it’s actually expected of candidates.

Ng offers up a term from a romance psychologist called a “bid,” and an example: if your partner tells you that they’re hungry, your choices are to ignore their request, shut it down (remind them they’ve just eaten, that it’s too late for food, etc.), or to engage by asking them what they’d like to eat or agreeing that you’re also hungry. Ng reclassifies bids as opportunities for human connection. And the appropriate way to respond to these bids is to engage with them, like in the final option of the “I’m hungry” example. He posits that every meeting, every assignment, and every email is a bid, or an opportunity. And in order to build your network, you need to engage with them.

One thing that Ng discovered the hard way, as he puts it, is that all those optional events that your school or workplace put on aren’t as optional as they seem. While, of course, you won’t hear about it in your performance review if you don’t attend a lunch-and-learn next week, there are still consequences in the form of missed bids. Not only would you miss out on learning from the event itself, you would miss the chance to bond with your colleagues who did attend. Putting yourself out there and attending events that are optional in name only are parts of the job of networking, so it’s worth it to put in the effort.

Ng breaks down his approach to networking and connection into three simple questions: Am I competent? Am I committed? Am I compatible? He refers to these as the “three C’s,” and they encompass the three things that professionals look for when making connections. From the first moment at a coffee chat or informational interview, the person you’re meeting is wondering if you can do the work their organization needs, if you seem genuinely enthused about the organization, and if the two of you get along. These are the questions that Ng says he asks himself with every email he sends and every encounter he has—his goal being an enthusiastic yes to all. It’s a handy rule to follow, especially if you’re just starting out on your professional journey.

You can watch Gorick Ng's entire fireside chat in the video below from Firsthand's D&I Internship Fair.

Our 2022 Internship Rankings Are Here!

50 Most Prestigious Internships for 2022

Today, we’re excited to release our 50 Most Prestigious Internships for 2022. This ranking is based on our recent survey of more than 11,400 interns from 140 internship programs.