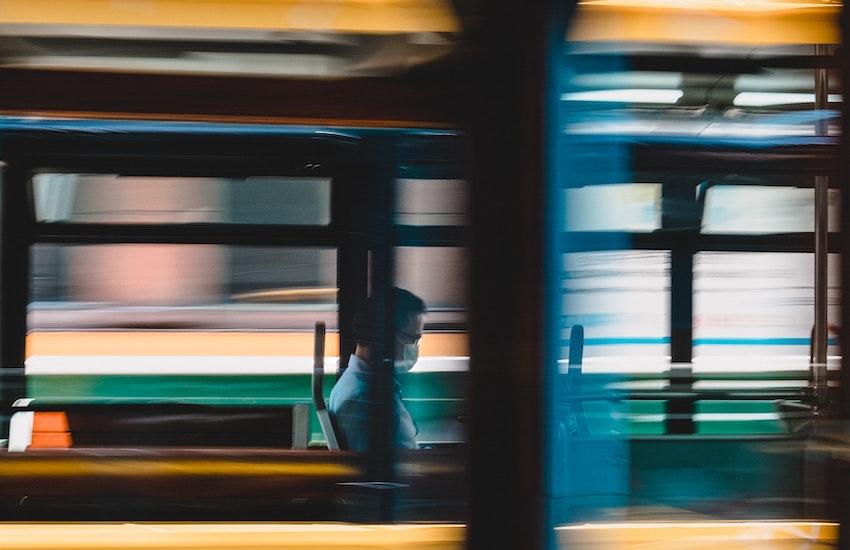 If the thought of going back to the office is frightening and anxiety-inducing, that’s certainly understandable. A new report shows the daily death toll from Covid-19 is rising in many parts of the U.S., a new surge of Covid-19 cases could occur as states reopen, new studies suggest that children can transmit the virus to adults in significant numbers, and a vaccine is, at best, one year away (and, at worst, five years away). These and other unfortunate facts and figures are enough to seriously stress out even the typically calmest of professionals.

The not-quite-good-but-perhaps-a-little-bit-comforting news is many companies across the country realize that these are not normal times, that we’re not going back to the way we worked pre-Covid-19, and that we need to make drastic changes to offices and office life before it’s (somewhat) safe for employees to return in vast numbers.

And here, below, are some of the ways corporate offices are expected to look different when employees head back to work.

1. Say hello to the new “thermal scanners” on your team.

When you go back to work in your office, be prepared to welcome some new employees to your team. They will be working as “thermal scanners.” Their role will involve taking your temperature when you enter the office.

According to Bloomberg, “The lack of widespread testing in the U.S. has left it up to employers to minimize spread among workers. Hundreds of companies have already hired ‘thermal scanners’ to monitor employees for fevers … There’s also been a spike in job postings for ‘tracers,’ who would track down the contacts of anyone who tests positive for the disease.”

You might also be saying hello to a new temperature taker/security guard when you enter your building for the first time in a while. An employee in Beijing who recently went back to work there told Fast Company: “The building security personnel checks body temperatures and ensures everyone is wearing a mask. The body temperature scanning systems have been improved since the beginning of the outbreak—going from infrared thermometers to infrared cameras—allowing people to pass seamlessly. If your temperature is too high, an ambulance will be called to come pick you up.”

2. New kiosks will make you think you’re at the airport, not an office.

Remember back in February when it was safe to fly and you didn’t need to stand in line at the airport to check in and instead quickly printed out your boarding pass at a kiosk? Well, the same type of thing will be available when you go back to work.

Here’s Bloomberg again: “Convene, a co-working space provider, is launching kiosks for self-serve health screenings. The company, which has over 30 locations in major cities across the U.S., is working with health care provider Eden Health to create something akin to TSA-PreCheck for Covid. Members deemed low-risk, such as those who have recovered from the illness, will get quicker access to its offices.”

Perhaps shortening the waiting times at self-serve kiosks, companies will also make smartphone apps available to test their workers for Covid-19 symptoms. And according to Ryan Trimberger, the co-founder of Stratum Technology, which makes such an app, there will be additional benefits to thinning out kiosk lines. “The technology helps employers identify hotspots and act accordingly. If you see symptoms coming back, you can have that team broken up into smaller teams or quarantined.”

3. You won’t have to worry about keeping a proper social distance from colleagues—you’ll be wearing a sensor that will do that for you.

In one of its factories in Plymouth, Michigan, Ford Motor Company is testing out “watch-like wearables that vibrate when employees come within six feet of each other …. The aim is to keep workers from breaching the distance that health experts recommend to avoid spreading the coronavirus.” Given Ford's trials, you can expect other corporations to use similar devices in their offices. Already, IBM is “looking into using existing sensors or finding new technology to detect when people are too close together or trending in that direction.”

Another office wearable that might help in the fight against Covid-19 is the Apple Watch. According to Fast Company, “With the sinking realization that the coronavirus—or future pandemics like it—could be part of our lives for years to come, there could be no better time for Apple to push its development of the Watch harder in the direction it’s already heading”—“to make its wearable something more than a fitness tracker—a more powerful, clinically relevant device.”

If your company won’t be able to provide wearables (they won’t be cheap), expect to see tape on the floor, less furniture, and signs like you see at city parks now. For example, global real estate firm Cushman & Wakefield has rolled out a design called The 6 Feet Office, which uses “large circles and other visual cues on the floors (similar to hospitals) to help ensure a separation of six feet between employees at all times.”

The once-beloved office design element that screamed “innovation and collaboration” (but never really worked that well) likely will soon die a quick death. I’m talking about the open plan office. Given that we all need to keep our distance from each other, sitting right next to your colleagues with little to no divider (a key feature of the open plan) will be deemed unsafe at best, and insane at worst. And so, the open plan will be disappearing from offices across the world. In its place will be walls, lots of walls, protecting us from each other, ensuring our collaborating is done entirely online.

Mark Canavarro, whose office furniture company Obex “has been inundated with requests for hardware and panels to add walls to the low-level partitions on shared desk spaces,” recently told Bloomberg that “the biggest [design] casualty [of the pandemic] will be the open floor concept.” He added that “in the first three weeks of April, his company has done as much business as the entire first quarter of this year.”

Cushman & Wakefield’s “6 Feet Office” also includes a plan for those low dividers—it involves adding “clear shields“ in between work stations (think the plexiglass surrounding hockey rinks). Other features of the “6 Feet Office” include “workable agreements and rules for employees, such as always walking the office clockwise.”

If, after reading the above, you’re still feeling anxious (maybe even more anxious) about heading back into the office, perhaps it'll comfort you to know that Antonia Cardone, head of Cushman & Wakefield's Total Workplace group in the Americas, believes that “for most companies, the return to the office should be a slow and gradual one.” According to Cardone, “Certain groups should stay home as long as possible—those who are immunocompromised, those in caretaker roles, and those who would be unduly exposed by complex or long commutes.”

On the other (oft-washed) hand, Cardone believes that the people who’ll need to return sooner than later are those who “need things in the office like labs, secure files, and high computing power,” as well as those on “teams more effective with proximity”—“those working on emergency response, innovation, or SWAT teams.”

5 Ways Covid-19 Has Forever Changed the Way We Work

The coronavirus pandemic has resulted in many changes to workplaces worldwide. And some of these changes are here to stay—for the better.

As college students across the U.S. pass the one-month mark of COVID-19 quarantine, it’s worth reflecting on how we’ve been dealing with our new realities.

I’ve been working from home, sheltering in place, for three weeks now. I feel lucky to be able to work from home—a majority of jobs don’t offer this perk—and so I don’t have many, if any, real complaints about my current situation.