"Don't Choose this Firm!" What the Unhappiest Consultants Say About Their Companies 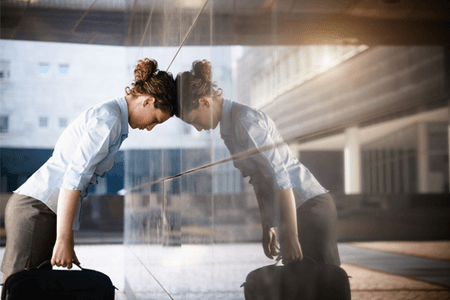 As we gear up for the launch of the 2014-15 Vault Consulting rankings later this month, I've been spending a lot of time with the data collected from our survey, trying to figure out what makes the top firms different from the others in the industry. The answer to that question: happy employees—and lots of them. For more than that, you'll have to check back in when we launch the rankings on August 19th!

However, it also occurred to me to take a look at the other end of the scale: the unhappiest employees, and what, if anything they had in common. To be clear, these aren't necessarily the consultants who work for the "worst" firms, but rather the individuals who rated their experiences the worst across the board—some of whom even work at firms that will appear in the upper reaches of our Best to Work For rankings (did I mention that we're launching those soon?).

In the spirit of comment readers everywhere, I limited my reading sample to the absolute worst of the worst: the quotes you're about to read all came from consultants who gave the lowest possible rating of 1 out of 10 for satisfaction. While that makes them outliers in a statistical sense, it also means that they're the people you rarely hear about in any industry: the ones who took the jobs and just weren't cut out for them, who probably won't stick around long enough to make it to the top, who leave the industry and/or change careers altogether. If you want to know why that's the case—well, a lot of the comments below might just help to clear that up.

Without further ado, then, here's a selection of comments from the unhappiest employees in all of consultant-dom:

It's the Quality of Work…

"The leadership is corrupt and indulges into a lot of lobbying to get new assignments. The kind of work delivered to the clients is shoddy and unprofessional.  They fudge time sheets with employees who do not even exist to bill the clients."

"Since the work is not challenging, it is easy to maintain balance between work and life. That's the best part of working here."

"Throw out all the ideas that you will be doing consulting for a Fortune 500 company. You will go to community banks in the middle of the country and, if you're lucky, get to work in the office a few days a year."

"The prospects at this company and after are grim, do not join. Very few people know about this firm, and the skills are mostly technical so any client-facing, strategy job you would want to go into afterwards will be impossible to get into. Projects are boring and tasks are tedious—many times they are tasks that are very similar to those of a paralegal. The only way to successfully escape is to get into a top business school, which is already a very difficult task, especially with little experience."

...And the Quality of Life…

"Culture expects that you are 'always on' and that people should be okay working on weekends and at night because you can't leave before your manager or team leaves otherwise you aren't working enough, even if it's just because people spend too much time chatting and socializing or being inefficient and you aren't."

"Although it's nice to have support for IT and other things when I travel, I would say that quality of life is the worst of any company I've worked for. The New York office is particularly awful. Draconian rules about dress, bedbugs, loud TVs in the kitchen, and a hierarchical structure is how I would characterize the office. The worst part of my job."

"We're a 100% travel firm. As a result you will often travel when there is no need to do so; for example, there are many projects where we do not meet with clients face-to-face, yet consultants will travel to other firm offices with no apparent benefit to the project."

"The overall culture is changing. The atmosphere has moved from cohesive and bonding to a more cut-throat environment."

"Travel is great, but [firm name redacted] only has clients in small-towns across the Midwest whose main economic drivers are the corn fields and local factories. Once you make senior manager, it appears to be a requirement that you have to belittle the seniors and staff as much as possible and push every bit of work you can down to them, citing the 'leverage model.'"

"You work however much the manager and partners need you to work to meet the clients. While your weekends are generally protected, this just comes at the expense of your weeks during which you have little to no freedom (you're basically chained to your desk). There are few formal mechanisms to corral partners and managers who perpetually abuse their teams."

…And the Lack of Respect/Recognition…

"The firm rewards 'loyal' consultants who 'check boxes' instead of truly talented/smart individuals. Innovation / new ideas are not accepted, rather they are considered 'out of line' and as a threat to project/firm leadership."

"The senior leader in my group plays favorites, is sexist, promotes an unprofessional environment, doesn't listen to the concerns/needs of the group, does not motivate, does not promote a community, and complains to subordinates that we don't appreciate him. He also refuses to delegate to team members more capable than he is in order to create a better environment. The team member that should be running the group has been alienated/marginalized be the group leader. It's also sad and pathetic that the leadership team above him doesn't notice or care."

"VPs and up generally don't care whether Tom, Dick, or Harry is working on their case, as long as it's being worked on—or what else Tom, Dick, or Harry may have going on. You are expected to be on call 24/7 and return e-mails immediately on no notice, and 'making plans' is something you leave behind at the door when you join the firm."

"Gender discrimination trickles down from the highest point in the leadership hierarchy."

"Seniors have no respect for your work-life balance even though most of the hours worked are due to inefficient project/time management by seniors."

"The lack of transparency when it comes to promotions and annual review ratings are incredibly frustrating and the response of superiors when asked what about performance can be improved garnered no answers to the question of why I wasn't promoted."

"[Firm name redacted] has been the worst professional experience of my life." (Note: this particular employee gets props for using this answer on every single question on the survey.)

"This firm has zero positive cultural attributes. We offer very little to our staff (consultants through assoc directors); transfers and growth opportunities are minimal; we lose most of our new grad hires within the first year due to benign neglect. The firm cares about one thing and only thing—how much money do you earn for them. So on the positive, as long as one is generating revenue for them, one can make one's own schedule and function fairly autonomously. That said, because of this attitude, collaboration is nearly non-existent and we compete against each other in the marketplace rather than partnering to provide the best service to our clients."

"Please save yourself from destruction. Don't choose this firm."

How to Get a Job in Consulting

Looking for some tips on how to find a job in the incredibly competitive landscape of the consulting industry? Who better to ask than a a recently-hired consultant, then?

With so much information competing for your attention, it can be difficult to stay on top of the latest developments and ideas in your field—and none more than consulting, where leading firms compete to produce game-changing ideas and insights.

Of course, one of the unfortunate by-products of all that research is that much of it is just not that interesting or relevant.

McKinsey Uncovered: Has the Firm Earned Its Reputation?

For as long as it has existed, the consulting industry has been plagued by one major question: does it—and by extension the consultants it employs—actually create any value for its clients?

That question is at the core of The Firm, a new book by journalist Duff McDonald, which examines, as its subtitle proclaims, "the story of McKinsey and its secret influence on American business.

We are proud to announce that the 2014 Vault European Consulting Rankings are here—and that this year's edition comes with a unique achievement.

For the first time, one firm has taken the top spot in both our Top Consulting Firm and our Prestige rankings in all three regions covered by our survey.