Consultants and Lawyers: Benefiting from Brexit? 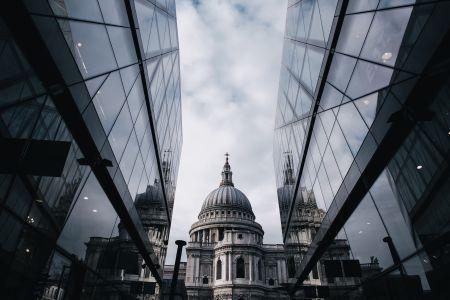 Amid all the coverage of Brexit in the media of late, it's been somewhat difficult to find much in the way of definite outcomes if the UK government decides to honor last week's referendum, and go ahead with extricating itself from the EU. So far, turmoil seems to have beent the order of the day: global markets have see-sawed, the pound has taken a beating, and the UK's political landscape is in uproar.

Even the side that won doesn't seem to know what comes next, or how much resemblance it will bear to what was promised during the campaign:

So it's fair to say that there's more than a little uncertainty around right now--and nowhere is that felt more acutely than in the business community. But, while many firms are worried about investment decisions, or their continued access to the European single market, all that turmoil actually presents something of an opportunity for those who make their living providing advice to companies: as the FT reported recently, consultants and lawyers are likely to experience a Brexit-related spike in activity. The key drivers of that activity: most businesses didn't expect the leave camp to prevail, and and are now "scrambling for advice," according to the article.

So there you have it: proof positive that, even in the most uncertain of times, opportunity will always be knocking for those with the right outlook and skill set.

How long that lasts is, of course, another issue entirely—and something that seems to be as unpredictable as the long-term effects of the decision. All of which is underlined in this rather excellent quote from the article, from a partner at law firm Clifford Chance:

“It’s rather like being a doctor in the Black Death — you’re very busy at the time, but it’s not really good in the long term.”

How to Talk About Brexit in a Job Interview

As you're probably aware, the citizens of the United Kingdom voted last week to leave the European Union—a move known as Brexit. As the sole member of the Vault team who had a vote in the referendum (I'm a UK citizen), I thought I'd take the opportunity to attempt to explain what's going on—partly because it's the only thing I've been able to pay attention to since it happened, and partly because I know it's a question that's going to be coming up in an awful lot of job interviews over the next couple of months, and it pays to be forearmed.

How Government Spending Is Affecting the Consulting Industry

Those who are interested in topics like government spending, defense, or uh, public sector consulting may recall that, back in 2013, an arcane piece of legislation known as the budget sequester kicked in. Essentially designed to provide a threat grave enough to spur a deadlocked Congress into action on reducing spending, the legislation promised a series of automatic, arbitrary cuts instead, with the aim of achieving a cumulative savings of around $1.1 trillion by 2021.

I'll admit that my eyebrows went up when I received an email from a colleague this week with the headline "McKinsey Back in Prison. " First, a moment of self-doubt: was there a scandal I'd missed?