5 Reasons Why You Should Never Give Up on Your Goals 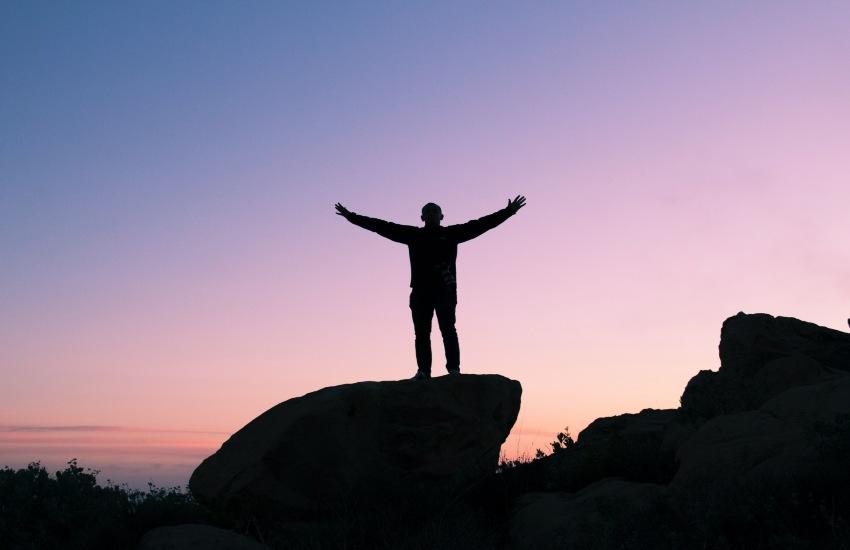 We’ve been talking a bit about setting goals and how to stay motivated. These tips are meant to be a point of reference for you as you move forward in your life and towards your goals; a guide to be mindful of, and a reminder that you can achieve whatever you set your mind to. Sadly, it can be far too easy to throw in the towel when things get tough. Today, we’re going to show you the reasons why you should never give up, even when the odds may seem stacked against you. Let’s begin.

It’s Been Done Before

Whatever your goal may be, you’ve surely seen plenty of examples of others achieving it. Let’s say you want to run a marathon, but you’re hitting a wall with your training. In fact, this is a well-known phenomenon amongst runners, and even the most accomplished athletes have had to deal with it at some point or another. In moments of frustration it can be difficult to remember that you aren’t alone in your struggles, but recognizing the shared plight of those who are also in your field will remove all doubt of whether you can achieve your goal.

The bottom line is no matter what your goal is, there is someone else who has accomplished it. We all have people that we look up to as inspiration towards our goals, and they can serve as a reminder that you (yes, you!) can also do it. It really is quite a simple notion, but it is also one that can be hard to remember when we feel especially challenged. Now then, in the spirit of track and field metaphors, let’s move on to our second point.

It’s Not a Race

Sometimes it can feel like the path towards our goal is never ending. Always remember that anything worth doing is most likely difficult, and will probably take some time. Learn to enjoy the journey, and don’t let the success of others around you bring you down. It can be tough if you’ve got a friend or a colleague that achieves a similar goal before you are able to, but that doesn’t mean it was effortless for them either. In fact, you can look at a situation like this as an advantage, since your friend can be a resource for you as you push forward.

All things worth doing are indeed a marathon, so focus on placing one foot in front of the other, stay motivated and excited, and put in the work. Keep your eyes on your next step, rather than the finish line, and before you know it, you’ll be even closer to reaching your goal.

If you haven’t yet, you’ll no doubt face multiple setbacks on your journey. Setbacks can range from being a minor nuisance, to a soul crushing event that makes you want to pack your bags, and run as far away as possible from your goal. Make no mistake, everybody on the face of the planet experiences setbacks on the way towards their goal. Realizing you are not alone in this is extremely important.

Look at setbacks as lessons learned. If you can tell that a setback was the direct result of a mistake you made, take note of it. If you’re experiencing a setback due to other outside forces, do your best to avoid similar situations in the future. We all make mistakes, so be prepared for them, and don’t beat yourself up over them. If I may, I like to think of setbacks as advice from the universe. Maybe it’s trying to say “not this way, that way.”

You’re Tougher Than You Think

We all hit a point where we think about giving up. In fact, it can happen many times over the course of a lifetime. Feelings of wanting to give up don’t equate to weakness or the inability to achieve a goal; they are totally normal. Remember what we said earlier: anything worth doing is difficult.

Look at it this way-just because you get down on yourself from time to time doesn’t mean you don’t have what it takes, it just means you’re human. You can experience the thought of wanting to give up many times over, but as long as you don’t actually give up, you’ve got what it takes and more. Just keep putting one foot in front of the other, slow and steady.

Failure Does Not Exist

This one encompasses elements from every other entry on this list, in one way or another. One of the most important things you can ever know on your path towards your goal is that failure only occurs if you allow it. In other words, failure can never exist unless we create it for ourselves. Mistakes aren’t failure, detours aren’t failure, feelings of giving up aren’t failure, taking longer than others to achieve your goal isn’t failure. Failure is only when you completely give up on something that means a lot to you, and turn your back on it forever. Failure is a choice.

Once you’ve decided to commit yourself to a goal, be deliberate, take your time, keep putting one foot in front of the other, and learn from mistakes. You are strong enough to achieve whatever you want in your life, as long as you choose to do so. Erase the very idea of failure from your mind, this way it ceases to be even a choice, and you will persevere no matter what.

Now that we’ve covered how to stay motivated and the reasons why you should never give up on your goals, we’ve paved the way for another important lesson. Next time, we will talk about success, how to define it, and how you can be successful every single day, so keep your trusty internet reading machine dialed in here.

This past year, so many employees experienced workplace burnout. Many people were overworked and felt Zoom fatigue, and many also suffered from the lack of time management skills—and put off work until the last moment.

How to Build Self-Confidence and Boost Your Career

It might not seem like it, but self-confidence is something we all have—we just need to find it within. So, here are five tips to help you find and grow your self-confidence, which will help you boost your career.

The Only 7 Career-Readiness Tips You Really Need to Know

Deciding what to do after school and how to prepare for life after college can be stressful and time-consuming. But it doesn’t have to be.

How to Stay Focused and Mentally Healthy at Work

Rasmus Hougaard is on a mission to humanize the workplace. Hougaard is the founder and CEO of the Potential Project, which helps leaders at Accenture, Cisco, Lego, and other top companies manage their minds to stay focused, reduce stress, boost productivity, and improve well-being.