What Did the Richest Person in Every Country Study in College? [INFOGRAPHIC]

There are two things every college students asks themselves when choosing a major: What's my passion, and what do job options look like for people with this major? But how much does your college degree really matter when it comes to future earnings? The general consensus is that STEM degrees are the most lucrative, as well as degrees in business, economics, and law. But sometimes other degrees can pave the way to wealth—and sometimes, you don't need a degree at all.

Resume.io performed an in-depth look at what the richest person in (almost) every country studied in undergrad, and the results range from business to the hard sciences to the humanities. Jeff Bezos, founder and CEO of Amazon and richest person in the world, majored in electrical engineering and computer science. Meanwhile Li Ka-Shing, the richest man in China, possesses no undergraduate degree. And many millionaires and billionaires have degrees that fall somewhere in between. It just goes to show that, while certain degrees lend themselves to future wealth, the innovative and industrious mind can accomplish anything, regardless of what their major was. Did any of the world's richest people have the same college major as you? Check out these handy maps to find out! 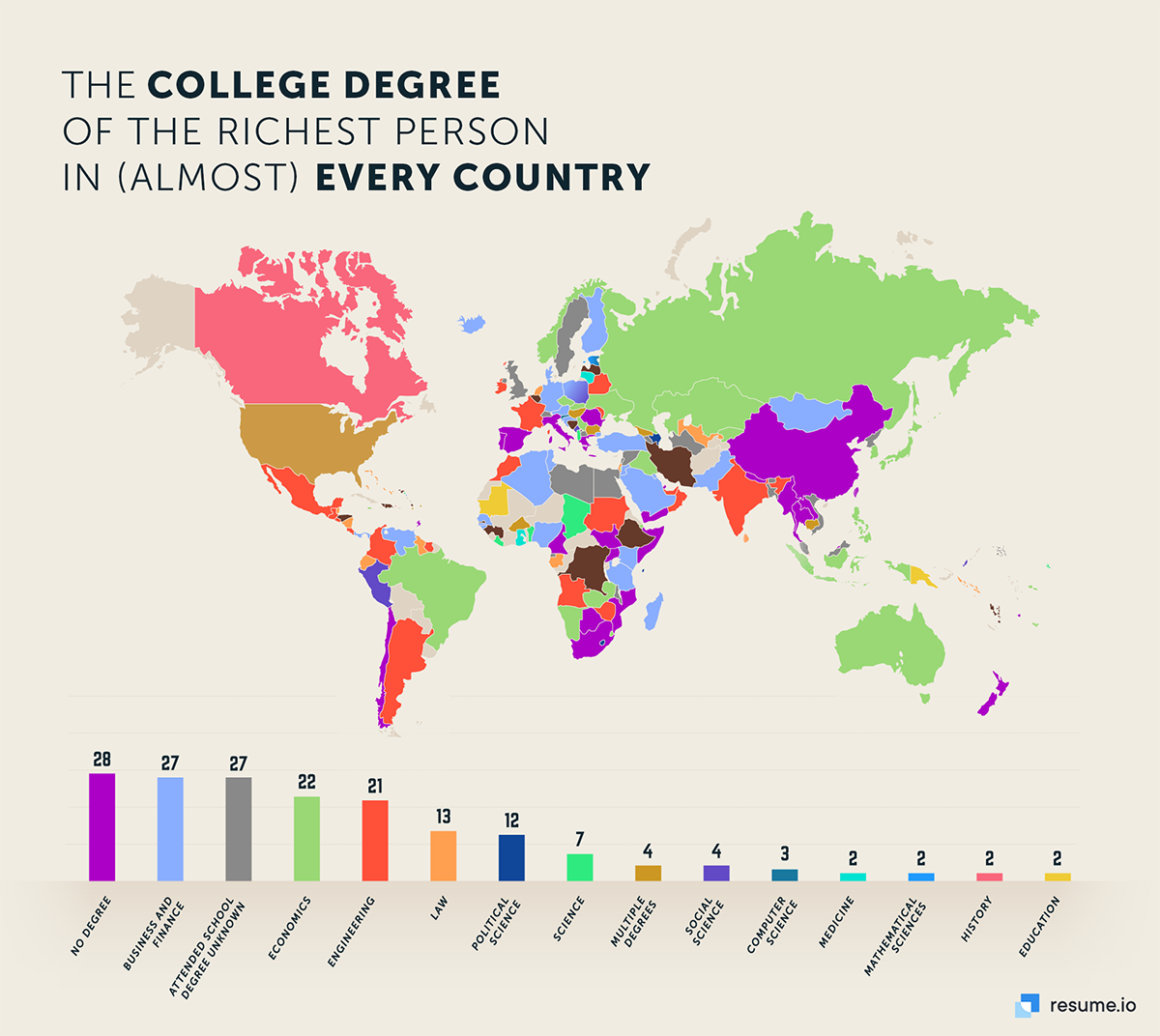 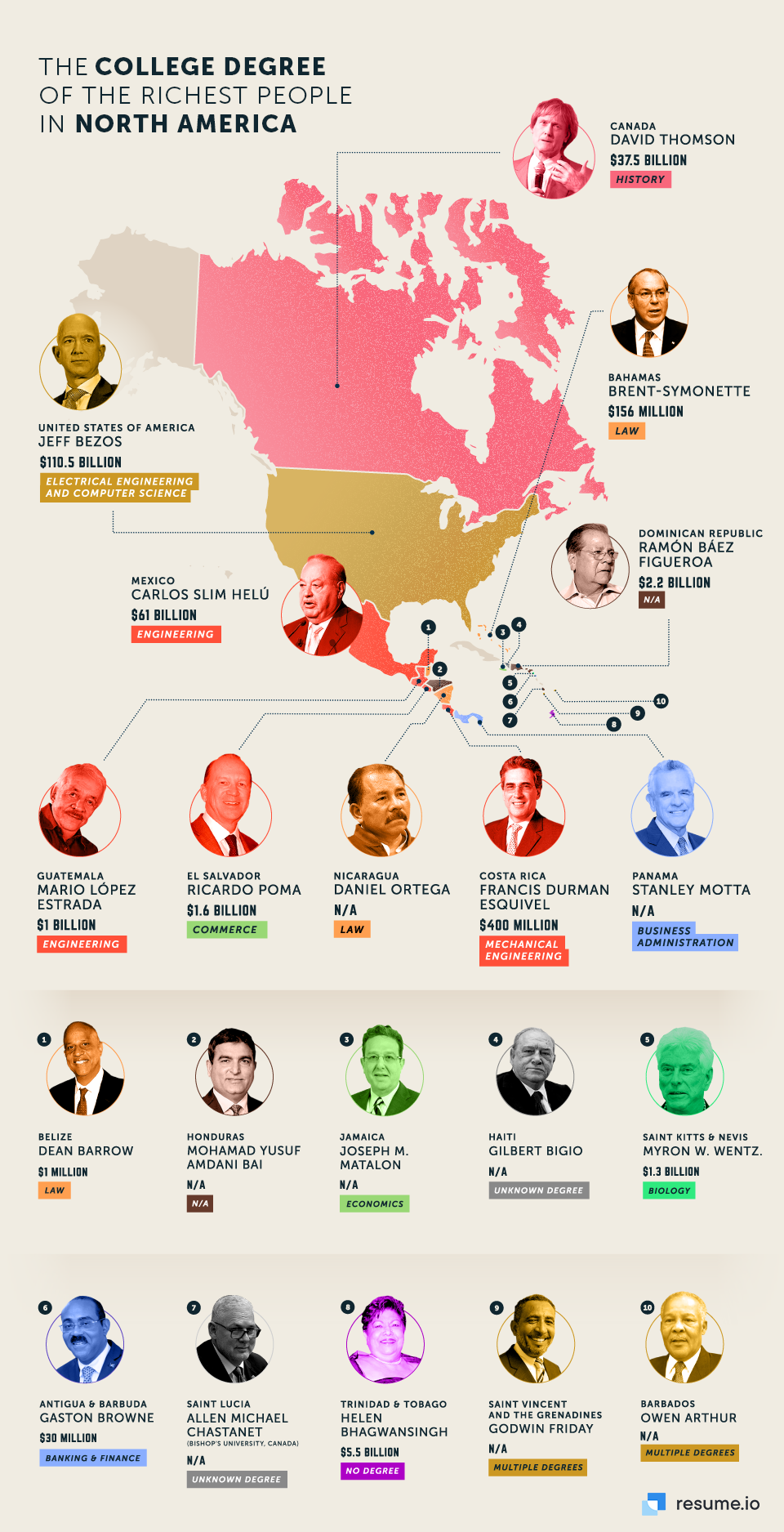 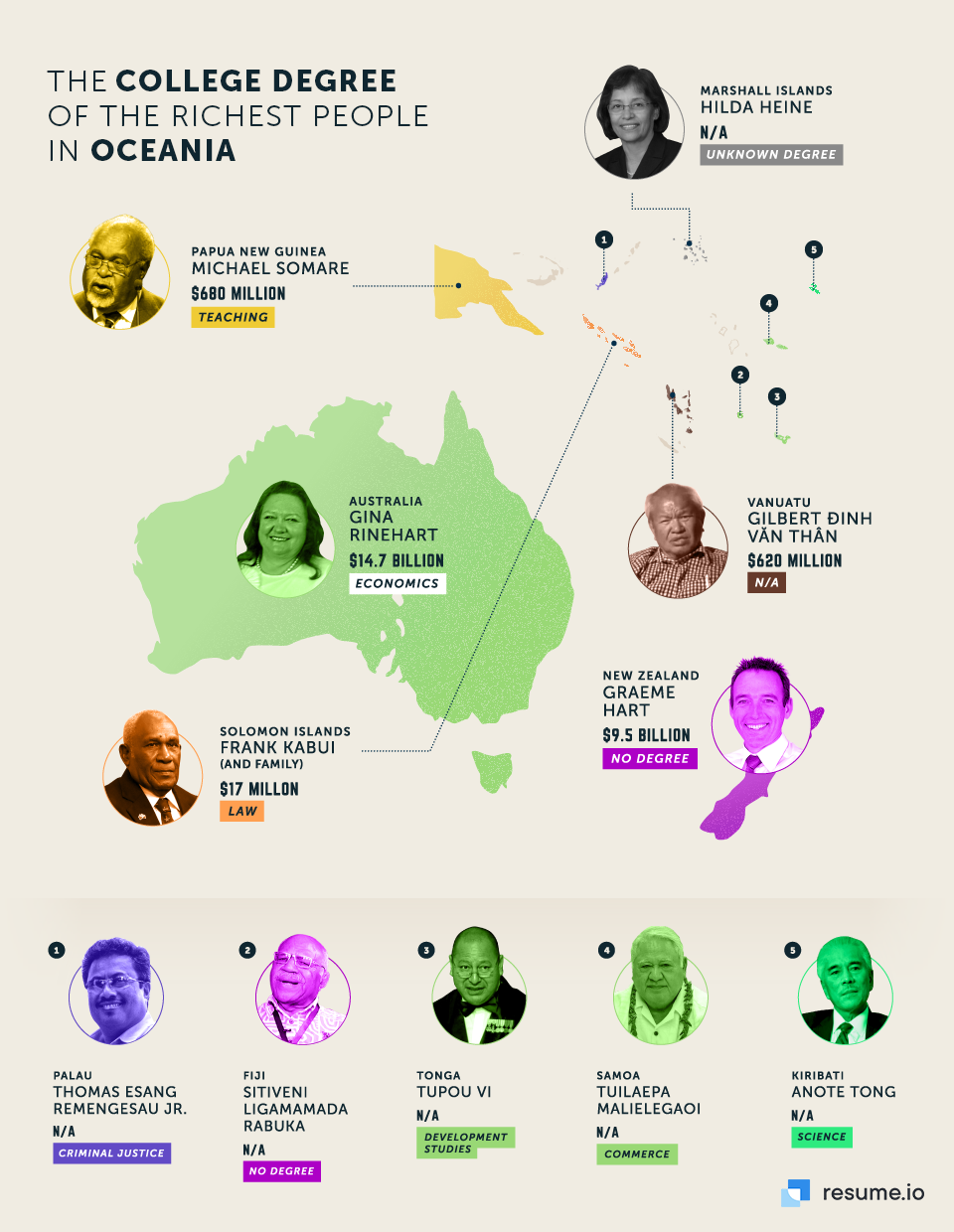 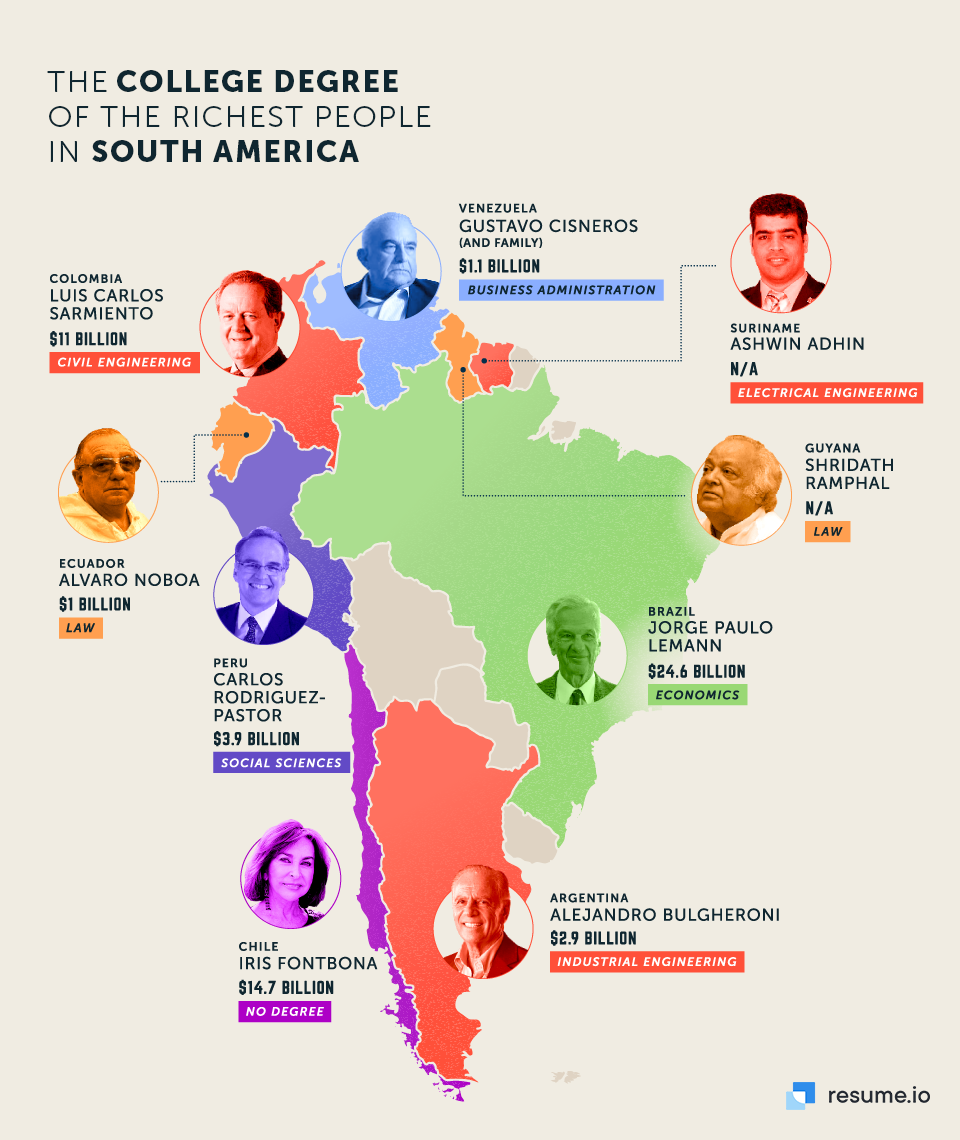 5 Fortune 500 CEOs Who Served in the Military

When it comes to transitioning from military service to civilian life, many veterans wonder how the experiences and skills they’ve developed will translate to a new career. We’ve explored this topic in-depth, with our series of articles distilled from our interview with Lida Citroën, a branding expert who specializes in helping military veterans to transition into the civilian workforce.

A Guide to Graduate Careers in Engineering

If you have just graduated and are hoping to follow a career in engineering, then you might be feeling a little lost as to where to start. Engineering is constantly evolving, and working environments are ever-changing.

The Most (and Least) Valuable College Majors

It’s no secret that those going into certain fields tend to have an easier time finding employment and making ends meet than those in other fields. And while money isn’t everything (for example, people go into early childhood education looking to make a difference, not to make bank), it is something—as is one’s ability to repay debt and the unemployment rate in one’s chosen field.

Full disclosure: I’ve got the wanderlust, y’all. And a pretty serious case of it.