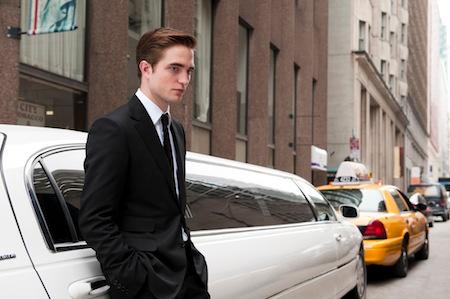 There's a sentence in Don DeLillo's new novel, Zero K, his 16th, that I've been thinking about nearly every hour since first coming across it last week. The sentence comes about one-fourth of the way into the book, and is a line spoken by a character who's co-created a sort of cryogenic chamber, a place where people die and then are preserved in death in hopes of being resurrected in the future when technology has advanced far enough so that human immortality is no longer a dream but a reality. In any case, here's the sentence:

"Half the world is redoing its kitchens, the other half is starving."

Why this sentence has struck me so strongly has less to do with the fact that I am indeed redoing my kitchen and more to do with what, to my ears, is the truth that this fictional line of dialogue points to. And that is this: while, lately, there's been so much talk and debate over the divide between the 1 percent and the 99 percent in the so-called land of the free and home of the brave, there's perhaps an even more important and essential divide going on within as well as beyond our borders between the masses of people who are literally going hungry every day and the masses of people who are not.

Of course, if you're sitting out there on an uncomfortable folding chair, nursing a hangover, Instagramming images of yourself and others in funny four-pointed hats and gowns, you are most definitely, irrespective of how much debt you 've accrued in the past four or more years, among the masses who are not starving.

True, as some of you no doubt have just discovered, a quick Google search will tell you that not one in two people on the planet are starving but one in nine. But that matters little to the piece of advice I want to pass along today. And without further editorializing and wasting more of your time, here it is:

Visit at least one place on the planet where people are starving.

I will touch on why you should do this in a moment. But first let me assure you that this task isn't all that difficult to accomplish. It's possible you don't even have to leave your own state or home country to do it. You could even enjoy a vacation in the process.

For example, if you can pull together about $900 for a round-trip ticket, you could full-moon-party-it-up on the beaches of Goa one day and then head up the coast of India and visit the very very very low income areas of Mumbai the next. Or, on another continent, you could lay your eyes on one of the world's most beautiful natural wonders in Malawi's Mount Mulanji one day, and then lay eyes on some of the areas where the least wealthiest people on the planet live the next.

Now, as for why you should visit one place on the planet where people are starving, I hesitate to say too much. The reason is I don't want to taint your experience, if you do take my advice, with those of my own (in places such as Calcutta, Delhi, Cairo, and Kathmandu, among others). But I will say this: There's an 88.9 percent chance (8 in 9) that the experience you have of witnessing firsthand people living in such vastly different economic situations than your own will change your life forever. For the better.

I also believe (and would wager a fair amount of money, at least as much as I'm spending on that aforementioned kitchen renovation) that the experience will help you make better, more informed, more interesting choices and decisions for many years to come, as you move forward and progress in your careers and personal lives.

And, at the very least, if you take my advice and don't come away with anything you believe is close to being positive from your visit, you'll still have this: something to talk about in future job interviews when you run dry of those times you helped increase sales by 4.6 percent and user base by 3.8 percent.

Finally, I want to let you know that I very much believe that many of you here today can and will change the world. But I also believe that before you go changing the world, it's a good idea to find out what's most in need of changing.

In any case, congratulations to all the graduates this year. Best of luck. And good fortune.

Read More:
10 Best Commencement Speeches of All Time
The Rise of Supersalaries, Income Inequality, and Thomas Piketty's 'Capital'
Former Most Powerful Woman on Wall Street Leaned In So Far It Almost Killed Her

Once upon a time, required reading for entry-level Wall Street bankers and traders included Liar's Poker, Michael Lewis's inside account of the bond trading madness at Solomon Brothers; Den of Thieves, Pulitzer Prize-winner James B. Stewart's insider-trading best seller which made Boesky and Milken households names; and Barbarians at the Gate, Bryan Burrough and John Helyar's play-by-play of the RJR Nabisco LBO which brought private equity giant KKR to the masses (and which was made into an entertaining movie starring Jonathan "High Sparrow" Pryce as Henry Kravis).

Best Commencement Speeches of All Time

The last hurdle between finals and receiving that diploma is sitting through a graduation speech, the poignant address intended to inspire and motivate young graduates. Many reached this mark, and surpassed it, and we rounded up the best of the best that show insight, truth, and humor into the world graduates are about to enter.

The Rise of Supersalaries, Income Inequality, and Thomas Piketty's 'Capital'

I live in Brooklyn, and this past weekend, at my local independent bookstore, where the titles that typically move are those written by the many novelists who live in the outer borough, front and center in the store window and on the checkout counter was the new, Bible-thick, nonfiction title Capital in the Twenty-First Century, by French economist Thomas Piketty. Capital, if you haven’t heard, has been receiving a ridiculous amount of praise.