Is There Such Thing as Too Many Internships? 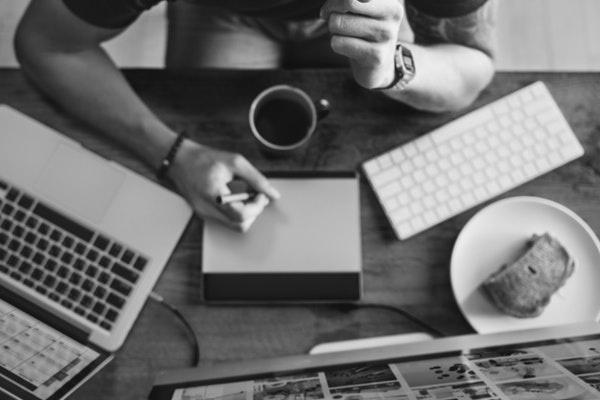 Whether you’re coming out of college or just finding your groove, it can be tough to stand out from your peers as you prepare to join the working world. And though colleges offer a smorgasbord of opportunities and extracurriculars, one surefire way to get noticed on the job market is an internship. Be they over the summer or over a semester, an internship demonstrates initiative, work ethic, and maturity in a work environment. So you should try to nab as many as you can, right?

Internships are useful, to be sure. But I’ve found that there’s a sweet spot to how many you should have: no more than three. Why? When I was interviewing for my very first internship at a literary magazine, the founder told me that she specifically looks for people with no more than one prior internship, though she’d make an exception for two. Even though we were in a competitive interview process, I asked her why. It was a good move—she was delighted to elaborate. And I’m here to pass on her wisdom, of what too many internships can tell your future employers.

The first thing my soon-to-be boss said about a candidate having too many internships was that it made her wonder why the person didn’t already have a job. And it’s not an unfair question. In mid-career levels, when you see someone changing jobs every year or so, it rings suspicious to employers. It makes them ask questions: Do you have an underlying personality flaw? Do you not work well with others? In short, what’s wrong with you? Having too many internships can spark some of those same questions in employers when, in reality, you were perhaps just ambitious and a little overzealous. So be mindful of what your track record might say to someone who doesn’t know you.

This is especially so for those who have been running between internships with different functions and in different fields. There is, of course, a certain amount of sampling that one should be allowed to do in college. A computer science major might work in several areas of the tech world to see where they’re best suited. But if you’ve interned at a tech company, an online magazine, and as part of a politician’s campaign for office, it makes you look like you have no plan for the direction your career’s headed in. That’s not the best way to go shopping around for a full-time position—employers like when a resume tells a story, so make sure yours has something resembling a narrative arc.

Those of you who felt comforted reading the above, beware. Having a ton of internships at places within the same field, all with the same job function, might make you seem overqualified for an entry-level job in that function. While internships are supposed to prepare you for entry-level positions, over-prepping can do you damage in the job hunt. Companies don’t want to hire someone for an entry-level position who might be bored or who won’t be interested in the foundations of the job. Careers, particularly early on, are things you’re meant to learn from and grow into—so learn all you can from your internships, but leave yourself things to learn as you move into full time.

I’m not trying to incite undue panic with these points. And I’m not saying that having four or more internships means you’ll never get a job—quite the contrary. If you have a lot of internships, you’ve probably got a lot of hustle. And if you’ve got hustle, I’m sure you can keep it going. I’m merely here to remind you that, when it comes to prepping for your first post-college job, think about quality over quantity. Whether that means prestigious internships, ones that have a high hiring rate, or ones that offer you unparalleled experiences to take to a full-time position is up to you. But it’s better to make the most of your internships rather than trying to be the candidate with the most internships.

5 Tips for Getting a Stellar Letter of Recommendation

I don’t know about you, but the idea of asking people for letters of recommendation makes my palms sweat. Asking for favors can already be uncomfortable, and asking someone to write a letter talking about how amazing you are is—in any context besides a letter of recommendation—about as self-absorbed as one can be.

Surviving the GRE Part One: The Basics

Back in 2014, HBO’s Last Week Tonight claimed that kids can take up to 113 standardized tests before graduating high school. I’m not here to debate the efficacy or usefulness of standardized tests, but I can tell you one thing for sure: they stop pretty much the second you get to college.