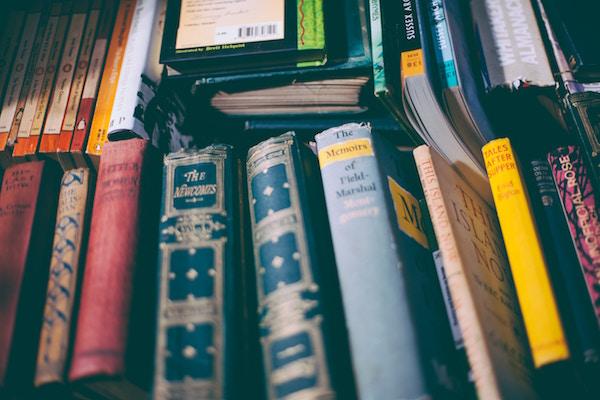 It's commonly thought that if you major in a so-called STEM area (science, technology, engineering, math), then you're nearly assured of landing gainful employment upon graduation. And that if you do very well in one these majors, and go to a highly prestigious school, then you're more or less assured of receiving gainful employment with a very prestigious employer, perhaps even with one of the "Frightful Five" (Google, Apple, Amazon, Microsoft, and Facebook; "frightful" because they're now "collectively more powerful than many governments").

Likewise, it's commonly thought that if you major in some "useless" area of study like English, history, or philosophy, then you're all but assured of landing in your parent's basement upon graduation, and that this holds even if you receive a diploma from a school with ivy eating away at its walls.

However, if you look at the numbers, these are nothing but misconceptions. The truth is that studying Shakespeare or Russian history could earn you more, over the course of your career, than if you majored in statistics, biology, or economics, even computer science.

“Students and parents have a pretty good idea of what majors pay the most, but they have a poor sense of the magnitude of the differences within the major,” said Douglas A. Webber, an associate professor of economics at Temple University who studies earnings by academic field. He points to one example: The top quarter of earners who majored in English make more over their lifetimes than the bottom quarter of chemical engineers.

But what if you never make it to the top of the pay scale? Even English or history graduates who make just above the median lifetime earnings for their major do pretty well when compared to typical graduates in business or a STEM field.

As for why the "impractical" majors are not such dead ends in the job department, they usually, and often more thoroughly than the "practical" majors, equip students with the soft skills that employers are so desperately looking for these days. Communication (written and oral), problem solving, teamwork, and leadership skills are all very important, even essential, to be considered for most professional jobs today.

Interpretive dance may not be in demand, but the competencies that liberal arts majors emphasize — writing, synthesis, problem solving — are sought after by employers. A 2017 study by David J. Deming, an associate professor of education and economics at Harvard, found jobs requiring both the so-called soft skills and thinking skills have seen the largest growth in employment and pay in the last three decades.

One knock on the liberal arts is that it’s difficult to find a first job. But a study by Burning Glass Technologies, a Boston-based company that analyzes job-market trends, concluded that if liberal arts graduates gain proficiency in one of eight technical skills, such as social media or data analysis, their prospects of landing entry-level jobs increase substantially.

Which is not to say that you should trash that hard-earned chemical engineering or econ degree; those two majors will still, on average, pay the most for the highest performers.

But the thing to remember is that, if you're still choosing a major, advising students and children on their majors (incidentally, studies show that students should not listen to their parents when deciding on a major), or believe your college major is somehow holding back your career, high performing English majors can very easily outperform, when it comes to comp, average engineering students.

For further Thanksgiving Table ammunition, consider that Alibaba CEO Jack Ma majored in English (and taught English early on his career), Goldman Sachs CEO Lloyd Blankfein majored in history, and YouTube CEO Susan Wojcicki majored in history and literature. Note that Blankfein and Wojcicki both did their undergraduate work at Harvard, which points to another statistical finding when it comes to the correlation between major and compensation: school choice likely matters more than major choice.

Want to be a Billionaire? Go to Harvard

Either way, one thing is for sure: the world's wealthiest college also happens to have the wealthiest alumni—by a long distance.

Why Are Salaries for English Majors Rising?

Last month I wrote about how, in the long run, liberal arts majors might earn just as much or more than their peers who graduate with science, business, and other so-called "useful" majors. And now, as it turns out, or at least as a new study by the National Association of Colleges and Employers shows, liberal arts majors, particularly those who study English and foreign language, might be on their way to making just as much or more in the short run, too.

Do Liberal Arts Majors Earn More in the Long Run?

It is commonly believed, by parents everywhere, that the quickest road to the poor house (that's what my parents called it) is for their college-age children to major in Russian history, comparative literature, Kantian philosophy, or some other so-called useless field of concentration that has no practical use whatsoever. However, as it turns out, and as studies show, majors in these and other liberal arts concentrations might ultimately lead children not to their parents' basement but to a fat pot of gold at the end of the poor house rainbow.