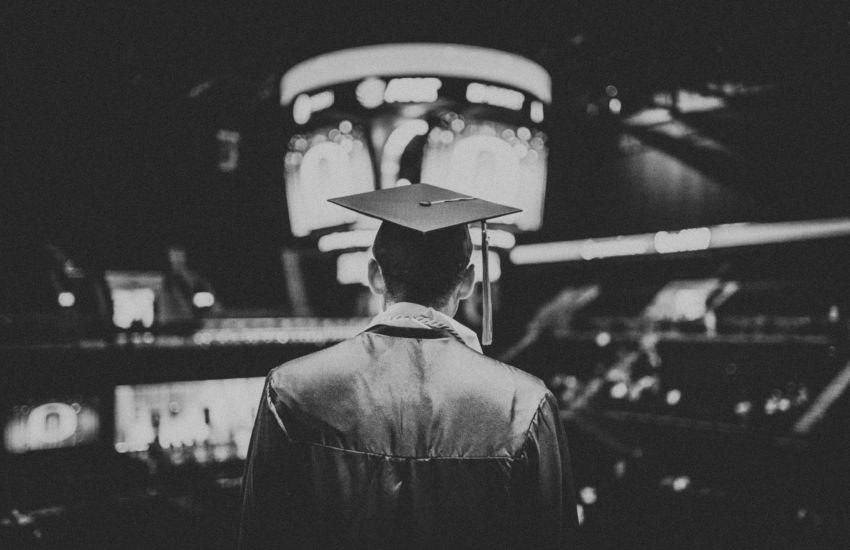 Every graduation season, I get commencement-speech envy. My commencement speech back in 2015 was a bland affair given by a retired judge from the local circuit court—it wasn’t anything to write home about, and I felt like I missed out on something special. It seems like everyone else I know had a really cool speaker. But this year, I couldn’t be so envious. Maybe a commencement speech wasn’t at the top of your list of things that you were upset to miss from the Class of 2020 graduation events, but it's a rite of passage that you should’ve had. Luckily, LeBron James swooped in to save the day.

Last Saturday, LeBron’s streaming event Graduate Together honored the Class of 2020 with celebrity appearances and performances, plus a commencement speech by President Barack Obama. The speech may have been intended for high schoolers, but I was blown away by how applicable it was for college seniors, too. He had so much insight into the current generation of graduates, and I thought it might be nice to share his thoughts with you.

Things Are Scary—But It Isn’t All Bad.

Everyone is scared or anxious right now. And even though most of us have been able to adapt to this “new normal,” that doesn’t mean that all’s well. One thing that I took away from President Obama’s comments on this is that things are scary because it feels like anything could happen. But think about that phrase—“Anything could happen” in another context could be a really exciting idea. I know the pandemic complicates everything, but trust me: Even without it, you’d be worried about what the future holds. Embrace that uncertainty. It might be cliché to say, “think of this crisis as an opportunity,” but really, it might be one! Things are changing in ways that we can’t predict, which means you might fin doors opening that, a few months ago, you didn’t even know existed. This is a time of uncertainty, yes—but it’s also a time of possibility.

There’s a Lot of Room for Improvement.

Obama made the point that this pandemic is opening our eyes to the massive flaws in our system: from health care access to financial inequality and everything in between. Our old ways of doing things aren’t going to cut it anymore. If we want to come back from this pandemic and avoid this level of chaos in the future, we can’t keep making the same mistakes and expecting a different outcome. We need new ideas. Your ideas. Like I said, this is going to be a time of massive change—the way we do a lot of things in the future is going to change. By entering the workforce (even if it may not be as soon as you were hoping), you will be in a position to effect those changes—to influence them for the better.

Your Class Is Resilient.

Obama said it best: Your class has had to grow up faster. You’ve attended school during a time when school shootings are intolerably commonplace, when college costs (and thus, debt) are higher than anyone would’ve ever thought possible, and when side hustles often aren’t optional to make ends meet. Things were tough before, and they’re even tougher now. But your class is no stranger to difficulties. A lot of grads come out of school worried about being qualified for jobs or if they can “hack it” in their careers—again, a concern that’s only multiplied with our current situation. But trust me: You have been through more in your 22-ish years than a lot of people who are older or “more established” than you. You were made for this moment, to rise to challenges that others would shy away from. Embrace that resilience; it will set you apart from the crowd.

No One Does Big Things by Themselves.

It can be hard to feel like part of a community right now. Our social circles have been drastically reduced to whomever we’re cohabitating with, grocery store clerks, and anyone we can schedule a Zoom happy hour with. It’s isolating, and humans are social creatures. These times have demonstrated just how important a community is. And your generation has excelled at creating communities, from online enclaves to social justice movements. Do you know how many marches and rallies I attended in college? Zero. Because it wasn’t “cool” to care enough about something to stand up for it. Your generation has eradicated that mindset; it’s truly incredible and perhaps my favorite trait of your generation. So please, even now that it’s so much harder, keep your sense of the importance of community intact. One person can do the right thing—but a group can change things for the better.

I know that it feels like you missed your big moment. This time of year was supposed to go a certain way for you, and it didn’t. You watched three other classes get their fanfare, their ceremonies, and their parties but didn’t get them yourself. And that stinks, a lot. But you still graduated. You still got that degree that you worked so hard for. Your family and friends are still unbelievably proud of you. And that degree has one heck of a shelf life—it’ll never go bad, never expire, and never be taken away. You may not be able to put it to use right away, or in the way you’d hoped quite yet, but you still achieved your goal. Be proud because you’ve most certainly earned it.

Congratulations to the Class of 2020. You did it, despite it all. And—thanks, Obama. Thanks for making the graduation a special one.

For millions of college students in the United States and across the globe, this semester is looking a little different than the last. Due to the COVID-19 pandemic, many college campuses have been forced to suspend onsite classes for the duration of the school year.

How the Coronavirus Pandemic Is Affecting Admissions: A Q&A with Anna Ivey, Admissions Consultant

The coronavirus pandemic has thrown everything for a loop—and current college students may be worried about how all this will affect their future plans. If you planned to go to law school, business school, medical school, or pursue another professional degree this coming fall, what's going to happen?

Professional Etiquette Basics: Unspoken Rules and How to Navigate Them

When you’re new to the workforce, it can feel like there are all these unspoken rules that everyone seems to know—except you. And asking what those rules are might make you feel even more clueless.

Figuring out how to stand out in a pool of candidates—especially when you are applying without a referral—is one of the most stressful aspects of a job search. So, what do employers really want, especially when hiring new grads?