4 Ways to Get Leadership Experience as a Student 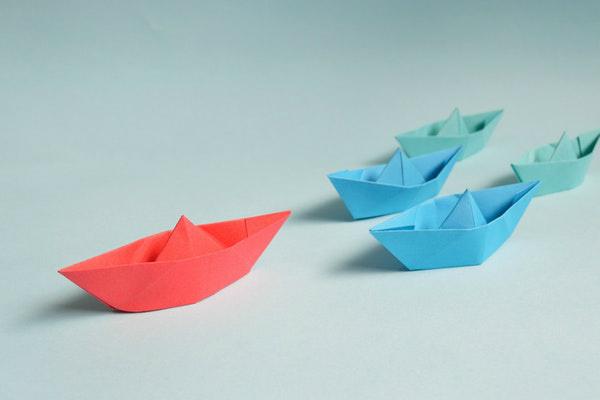 Check out your resume for a second—you see that bullet point you’ve got filed under “Skills” that reads “natural leader” or perhaps “excellent leadership capabilities”? How exactly were you planning to prove it? I’ve had that bullet point on my resume since before college, and I’ve been asked about it in interviews a lot—in large part because most of my jobs have been entry-level positions. There’s no leadership in entry-level positions—right? Wrong. And even beyond positions, there are plenty of leadership opportunities to be found in the classroom and in extracurriculars. Here are some ways that you can earn some leadership experience and that soft-skill brag.

I guess whether you play college sports, participate in college theater/music/dance/etc., or join a different club altogether really depends on your personality. I went the theater route. Specifically, backstage work—which requires a lot of planning and organizing among teams of people to make the fever dreams of an insane-but-lovely amateur director come true. Which, yes, is what I used to do for fun. But this was the earliest example I cited when potential employers asked about my leadership experience—saying I was a technical director who guided teams of up to 30 people in accomplishing an enormous task is a pretty awesome interview answer. And nearly every activity in college has these opportunities, from section head in bands or choirs to team captains or managers in sports to any club’s president or treasurer. Being able to effectively lead your peers, to whatever goal, is a powerful thing to demonstrate.

I’ve extolled the virtues of academic research on this blog before, and I’ll do it again—academic research often involves groups of people who need to work together. The study leader is, of course, the person in charge generally, but stepping up when it comes to organizing tasks or volunteering to lead experiments is a great way to squeeze in some leadership experience. Being a teacher’s assistant (TA) is also an excellent way to flex your leadership muscles. You have to be able to field questions from underclassmen about their homework and syllabi, as well as communicate effectively with the professor you’re assisting. Similarly, being a resident assistant (RA) provides ample opportunity for interaction with underclassmen—from settling roommate disputes to overseeing fire drills, the RA is the go-to person for often a whole floor of a dorm, which can add up to a fair amount of oversight, and some sweet, sweet resume candy.

Volunteering is another great way to build leadership experience. Where an organization may not hire an inexperienced college student to handle a major event or fundraiser, a nonprofit may welcome all the help it can get. Determine which leadership skills you need to hone, and seek out volunteer opportunities through which you can strengthen these areas. Volunteering can have a greater effect the more people you get involved, so take some initiative and organize something for a group of people who want to do some good. And, not for nothing, volunteering also looks great on a resume—can you say “double-whammy”?

Election season is ramping up, and I have absolutely no comment on that. But, getting involved in a political campaign can let you hit the ground running (get it?) on your own leadership capabilities. Whomever your candidate of choice is/will end up being, try organizing a phone bank or a door-to-door campaign with the candidate’s campaign office. Every vote counts, and every candidate will be thrilled to have active supporters like you. Similarly, if you’re more about political issues than candidates (I’m right there with you), there are ways to get involved that way, too. Organizing a petition regarding a city council decision, for example, is something that anyone can do. Or maybe a peaceful protest is more your speed. There are myriad opportunities, even for young people, to make their voices heard and to lead efforts to better their community.

Chances are pretty good that, as a student, you’ve got some kind of part-time job—I worked in food service and retail, and so do a lot of college kids. These positions are often entry level, but that doesn’t mean that they’re devoid of leadership opportunities. For example, after I’d worked at a deli for a few months, I was promoted to be a “trainer.” I didn’t have any managerial responsibilities that would require more hours and cut into my studies, but when new employees were hired, I would train them on the various parts of the job. Now, I’m marginally better at teaching people new skills. Plenty of corporate service positions have these dedicated trainers, so inquire about becoming one. If that’s not something your place of work does, see if there’s a project your boss has been meaning to address and volunteer to be the point person. For example, a friend of mine works at an independent bookstore, and she took over the store’s marketing efforts after proving she was a dab hand at InDesign. Opportunities for leadership are, unfortunately, not likely to fall into your lap. You’ll need to poke around and find them yourself—remember, taking initiative is a good portion of what makes a leader in the first place.

3 Traits You Need to Survive the Job Search

It’s an understatement to say that the job search process is competitive and grueling. You’ll be measured against many other candidates with the same degrees, the same types of jobs and internships, and the same type of skills.

10 Great Skills You Can Teach Yourself

In a competitive job market, employers typically encounter many highly qualified candidates with impressive resumes and interesting backgrounds—particularly among MBA candidates. When making the tough decision between one excellent candidate and another, a hiring manager will often look for something that sets you apart—fluency in another language, for instance, or a special skill.