4 Documentaries to Watch for Fans of HBO's "The Inventor: Out for Blood in Silicon Valley" 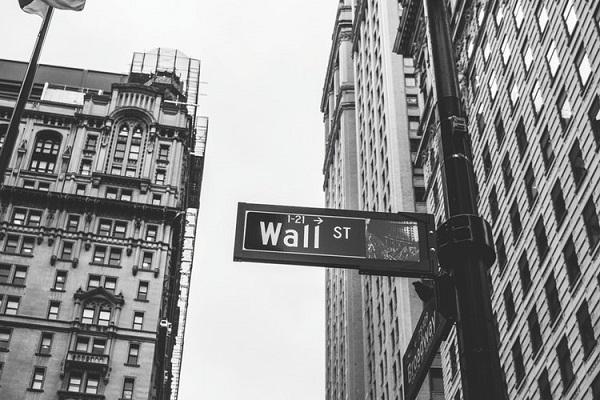 Just this month, HBO released the highly anticipated documentary, The Inventor: Out for Blood in Silicon Valley. A favorite at this year’s Sundance Film Festival, The Inventor tells the story of Elizabeth Holmes: the founder and CEO of Theranos, a medtech startup that claimed to have revolutionized the healthcare industry with new technology that could test for hundreds of medical conditions from a single drop of blood.

It’s not much of a spoiler to reveal that Theranos—once valued at $9 billion—is no more after the SEC determined the company to be a “massive fraud”. Nonetheless, watching the events leading to Theranos’ downfall unfold is a fascinating (if not infuriating) exploration of the nature of deception.

The rise and fall of certain companies or prominent figures can no doubt make for scandalous entertainment, but behind the drama, there are often important lessons to be learned. If you couldn't look away from The Inventor: Out for Blood in Silicon Valley, here are four other documentaries to check out.

Ah, yes: the documentaries everybody was talking about towards the end of last year. In an interesting, confusing move, rival streaming giants Netflix and Hulu each released their own documentary about the controversy surrounding the failed Fyre music festival. To recap: in 2017, thousands of people flocked to an island in the Bahamas, having paid exorbitant amounts of money to attend a luxury music festival organized by entrepreneur Billy McFarland and rapper Ja Rule. The catch? The Fyre festival—which was being actively promoted by several powerful social media influencers—was nowhere near ready to go, leaving attendees without shelter, food, or even the promised entertainment.

Each Fyre documentary approaches the controversy and its subsequent fallout from a different angle. Netflix's Fyre: The Greatest Party that Never Happened, focuses on the chaos endured by investors, vendors, and local Bahamian entrepreneurs as they struggled to put together an event with no direction or structure. Hulu's Fyre Fraud spends more time on the man behind it all, Jerry McFarland, and the previous failed business ventures that paved the way for his ultimate scam.

For many of us, the 2008 financial crisis and its repercussions are still reverberating through our memories. The impact is still felt throughout the country. This special report by VICE is a masterful and riveting look at the powder keg of factors that led our country to the brink of economic collapse.

Looking at the specific market conditions and the cultural climate of the time, Panic delves deep into the mindset of the key people involved in the critical decisions made during the crisis, exploring the challenges they faced and the consequences of their access. Featuring interviews with then-Treasury Secretary Henry Paulson, Federal Reserve Bank of New York President Timothy Geithner, and former presidents George W. Bush and Barack Obama, this documentary offers as intimate an examination of the financial crisis as you're likely to find. You can watch Panic: The Untold Story of the 2008 Financial Crisis on HBO.

This documentary is as fascinating as it is frustrating and tells the story of what's often referred to as "one of the greatest literary hoaxes of all time". While it doesn't recount the events leading to the fall of an enterprise per se, the gravity of this one person's fall feels just as consequential.

Laura Albert is an American author who in the early 2000s published a series of novels about the troubled life of a character named JT LeRoy. Albert wrote using LeRoy's name as a pseudonym and soon began to pass off as memoirs of her actual experiences. But that was only the beginning; as her novels began to top international bestsellers' lists and catch the attention of powerful Hollywood figures, Albert concocted an intricate and elaborate scam to convince the world that JT LeRoy actually existed--even going so far as to employ a stand-in to impersonate LeRoy in public and on the red carpet. The fallout has to be seen to be believed. You can watch Author: the JT LeRoy Story on Amazon Prime.

Okay, this list actually includes five documentaries, but the two Fyre docs should really be viewed together, and we'd be remiss not to mention this quintessential film. Directed by Alex Gibney, director of HBO's The Inventor, this 2006 Academy Award-nominated documentary explores the 2001 collapse of the Enron Corporation--one of the biggest and most publicized business scandals of our time.

By exploring the underpinnings of the scandal as well as the fallout, Gibney is able to provide a 360-degree view of the corruption and illegal activities that led to Enron's spectacular fall, and the longlasting implications of the scandal. It's a story many of us are familiar with, but more than a decade later, few have been able to tell that story like this. You can rent Enron: The Smartest Guys in the Room on various digital retailers.

An American Nightmare: A Discussion of the 2019 College Admissions Scandal

Do you know how hard it was, after what came out Tuesday, to sit down and write a post geared towards students? I think most of us have suspected at some point that our higher education system is not always a strict meritocracy. We all know the rich kid in high school who went to a school that we were a little surprised he actually got into, not to mention the brilliant classmate who went to a school where you knew she’d be the smartest person there—or maybe not to any school at all.

How Perfectionists Set Themselves Up for Failure

Do you describe yourself as a perfectionist? Many of us do. In fact, perfectionism is what social psychologist Thomas Curran describes as "everyone's favorite flaw".

From rivetting exposés to inspirational leadership advice, The New York Times Best Sellers List for business books has something for everyone. Here are ten bestsellers that MBA students and other business-minded individuals are reading right now: