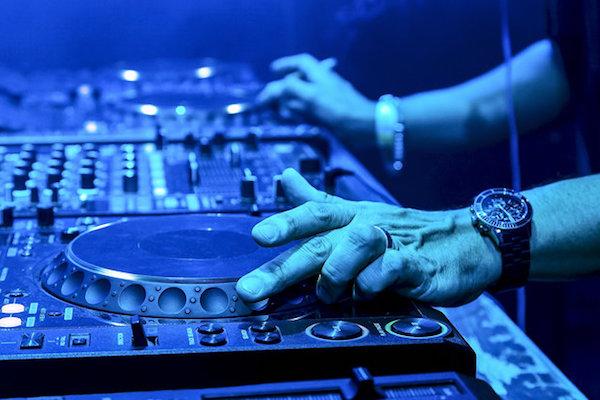 In a recent Exchanges at Goldman Sachs podcast, Goldman president and co-COO David Solomon offers some rather helpful advice for college students. Solomon, who in addition to his Goldman duties spins music in Miami and the Bahamas under the stage name D.J. D-Sol, went to Hamilton College, a small liberal arts college in Clinton, N.Y., about a four-hour drive from New York City. D-Sol culled much of the following advice from his fond four years at Hamilton, as well as from his three decades in investment banking (and perhaps a bit from his late nights on the decks).

As a freshman at Hamilton, D-Sol was forced to take a public speaking course, which he says was incredibly helpful and important to his career, giving him strong, basic communication skills. D-Sol says communication skills are extremely undervalued, noting that he's seen so many incredible resumes in his career, resumes filled with impressive accomplishments, but often the people behind those resumes haven't been able to articulate how their academic performance will translate into being a success on the job. D-Sol stresses the importance of both oral and written communication skills, and says taking courses to boost these skills in college is a must.

D-Sol, who didn't know he was going to go into finance when he graduated from Hamilton back in the early '80s, says that, even if you aren't planning to go into finance or banking now or in the future, learning about accounting will help you immensely. According to D-Sol, getting a basic knowledge of accounting will give you an understanding of how big companies run, how small companies run, how households run, how to run your own business, and how to start a business. Just take one semester, he says, and you'll be thankful you did.

3. Take courses in areas you're passionate about.

D-Sol sounds like he's pretty passionate about finance, but his true passion seems to be music. And he highly recommends that you don't lose your passion. He says that, in college, make sure to at least take a few classes in areas that really interest you. Note that D-Sol doesn't believe you need to only take classes in your passions. He knows you need to treat college like a "developmental experience" in that you need to prepare yourself to get a decent job when you graduate so you can start paying down your debt. But he's adamant that you don't get too utilitarian about your class choice. He says you'll find that, when taking classes in areas you're passionate about, you'll dig deeper, do more research, and be more engaged. Maybe that sounds obvious, but many students don't get this message and, many years after graduation, regret not taking more classes that dovetailed with their passions (I certainly can attest to that).

In addition to the above tips, D-Sol talks in the podcast about how Goldman Sachs is changing. Today, more than half of Goldman's 36,000 employees are under the age of 30, and about 9,000 of those 36,000 are engineers. Those are pretty staggering human resource facts and part of the reason why M.C. Blank (Goldman CEO Lloyd Blankfein) has called Goldman Sachs a tech firm, not a bank.

D-Sol, who knows and welcomes that the times are changing, says that Goldman is continually looking for ways to give its employees (especiallly all its millennial employees) a better working experience. He also says Goldman is trying hard to diversify its ranks, because it's good business sense and because people want to work in diverse environments.

To that end, this is from a recent Bloomberg piece on D-Sol and the recent Goldman podcast.

The bank boosted pay for programmers fresh from college, relaxed the dress code and ordered them larger, curved computer monitors that topped many employee wish lists. The goal is to attract the type of engineers who have become increasingly important to how Wall Street does business. The New York-based company’s human resources department has used video interviews to lessen the reliance on campus visits, and Solomon said it’s recruiting at “many more schools than we used to” to boost diversity. The bank has also introduced a system of real-time performance reviews for young employees.

Of course, D-Sol (who told Bloomberg that he "loves" millennials, which might have something to do with the fact that he has two millennial daughters) is also an example of the changing times. I can't see his predecessor, Gary Cohn, the former second in command at Goldman and now chief economic advisor to Donald Trump, spinning EDM on Paradise Island, can you?

There have been many memorable moments during the 2017 commencement speech season. There was the moment that Donald Trump, while addressing the graduates of Liberty University, displayed his ignorance of the voting age of citizens of the United States (the country of which, the last I checked, he is still President).

Today there are more than 16,000 students studying in the U.S. who are citizens of one of the seven countries named in President Trump's immigration order.

About 16 months ago, I posted a blog entitled, An Open Letter to Wall Street Recruiters: What Junior Bankers Really Want. In it, I suggested that investment banks, in their efforts to better their offerings to entry-level employees, shouldn't focus on increasing salaries and bonuses as much as on increasing job responsibilities, including: